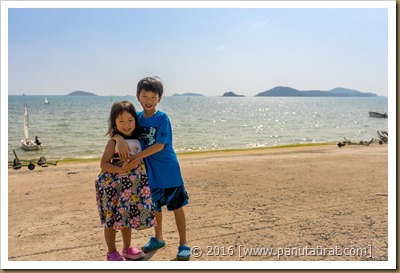 You two were super excited that today we were going to meet up with Gun and Jun again, Uncle Chat wanted to show us a new place for lunch and as a second destination we were going to the  ‘Sea Turtle Conservation Centre’ (in the Royal Thai Navy).

We were up quite late, but by 10:00 the wheels were turning, and we found ourselves heading further east away from Bangkok, driving through Pattaya and deeper toward East, deeper and deeper into Cholburi province (42 Kms from the hotel), the traffic was heavy at time, but eventually we’d met up with Uncle Chat at the entrance of our Royal Thai Navy base. 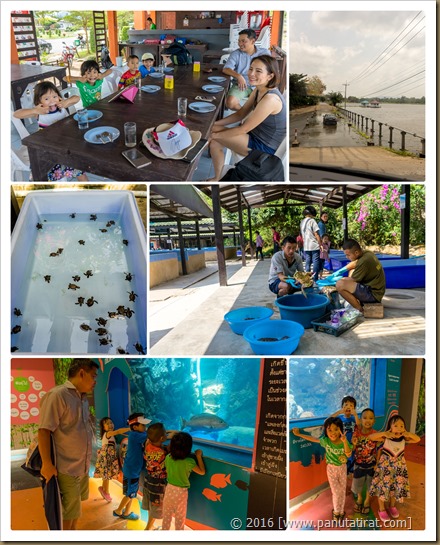 Driving around the Navy base was a bit difficult, security checks were rife, but that was expected, lol. Apart from being a Navy base, there were a couple of great beaches sitting right inside the base, which are extremely popular with the locals. We took our early lunch at one of the restaurant ran by the Navy (fantastic), then we drove deeper into the base, to the Sea Turtle Conservation Centre (STCC).

STCC wasn’t big, there were a couple of small exhibition buildings, just to give you the backgrounds, then we were allowed to walk right into the working zone of the STCC, whilst we were there a couple of seamen were treating a bunch of injured young sea turtles.

Matt and I had an eye opening moment too, luckily, whist Matt and I was walking around the shore, they were about to release one of the turtle back into the sea, both of us rushed to the release zone (just a piece of sandy beach). Slowly the young turtle pushed itself awkwardly along the beach towards the sea, suddenly once it reached the sea, it changed from being a 1 cylinder 5cc Unicycle, to a quadruple Turbo + Sextuple Superchargers, Nuclear injected 1 Billion CC swimming machine, lol. The speed to which that young turtle swam (just beneath the surface) was mind blowing... We never knew how fast they can go in the water.

We were back at the hotel by the mid afternoon, and please guess what did you two wanted to do... To the (very cold) pool we went once again. Supper was taken next door to the hotel, as Mar wanted Fish and Chips, I had a great time as Arsenal and Leicester were having a cracking match (last minute winner, would you believe it). 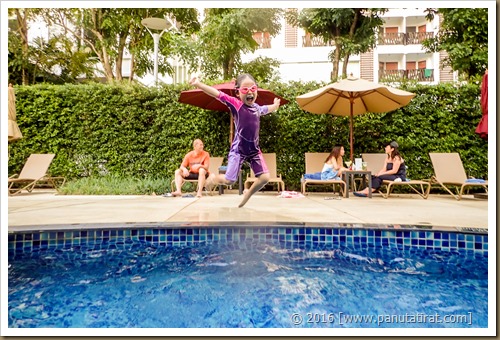