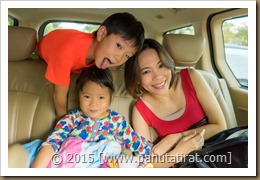 Chinese New Year had already come and gone (or ‘going’ in some countries, haa haa haa), our annual family lunch at my mother’s was exceptional this year, of course the food had and will always been first class, your grandmother was up until midnight the previous night just to roll up the hundreds of spring rolls, :-)

It was special this year because of the number of people that had turned up, the standard starting team was always our family (7), but this year my much older first cousins and a couple of first cousins once removed decided to joined too (this was possible because it happened to be a Sunday), I think the final count was 16. 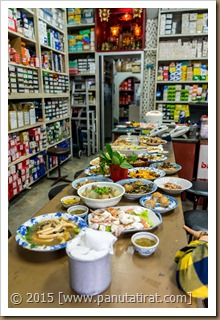 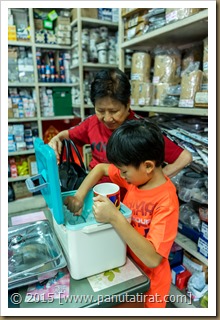 I have not seen some of these relatives in over a year (or 5, haa haa haa), although we were all living in BKK, in the past while your great grandparents were alive, they were the anchor point for the entire extended family. Now that they have passed that huge anchor had splitted into little anchors, and it hasn’t been the same since.

Your grandmother has 3 older siblings (Bro/Sis/Bro), the eldest had (I don’t know) 7 children (at least, I am terrible at this), her second brother has 3 children (unfortunately none turned up this time, these three are similar to my age).

So, it was great to catch up with everyone, you two were of course the youngest ones there and I must say was a little lost at time. Mar was having a great time, a couple of my first cousin once removed were younger and were expert in braiding hair (we can not say thank you enough)... and Mar was hooked, I have not seen Mar sitting this still ever! Finally you felt like a princess, haa haa haa. 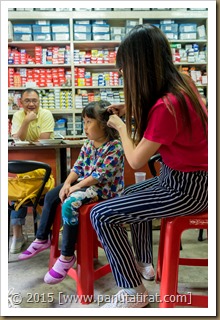 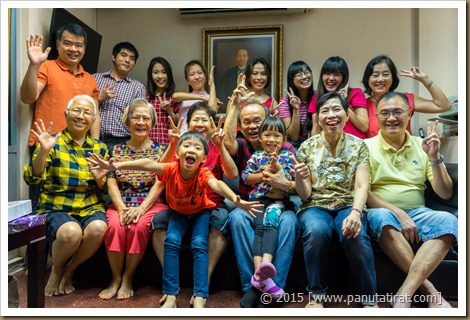 Matt on the other hand was having a great time receiving ‘Ang-Pao’ (money as gift in red envelopes) haa haa haa. Your mother stepped up (her management inner soul took over) and decided what we needed was a family photo, what a great idea that was, my mother was over the moon with the result, and her tiredness disappeared at an instance to see so many smiling faces.

I was happy to see your grandmother so happy and that is the most important thing on that day (taking the huge doggy bags home came pretty close second, haa haa haa).