I knew this day would come :-) 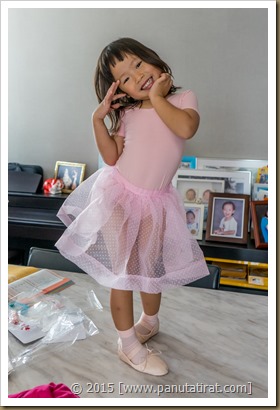 Finally this day has arrived… Mar has been enrolled (your mother and I was under extremel pressure from Mar, haa haa haa) for the dance class (I don’t want to call it ballet, it sounds just a little pretentious to me, haa haa haa).

Mar was over the moon to finally have a chance to dress up in pretty pink dress and opportunity to join a proper dance class (rather than messing round with me, lol), she has been asking for this forever, haa haa haa. So her very first class took place last Wednesday, and it was a bit of an adventure.

Matt has what the school calls ‘You Time’, basically after school activities and that doesn’t finish until around 15:30, by the time he was ready to leave it was almost 16:00, but Mar’s pretty pink dress was still at home and her dance class starts at 16:30… can you feel the tension? Haa haa haa haa haa. 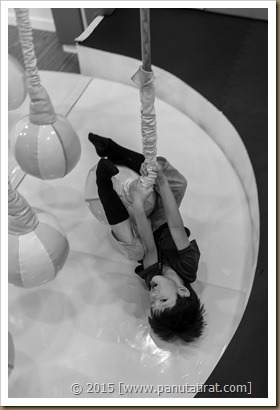 There was no way your aunt and you two would make it on time, if you had to come home to pick up the dress first… so I came to the rescue, as I was working off site and quite near by. Finally it was decided, your aunt was to take you wo straight from school to the dance class (same place that you two have your music lesson every Saturday), and I was to come home, pick up the dress and join you and your aunt at the class… it was just like the A Team’s plan, doomed to fail until the very last second, lol.

Just like clockwork, everything went without a hitch, Mar was on time, as this was a new class so all the students were utterly new (by way of a bonus, one of Mar’s friend from the apartment was there too :-))

Because this was going to happen every Wednesday, it seems like a waste of time to have Matt waiting for Mar at the music shool and doing nothing, so your mother, being (not) old and wise, haa haa haa, has enrolled Matt to some singing classes, just as a trial for this coming Wednesday… Matt, you love to sing, only today when I was picking you up, you were singing one of my favourite song, ‘I’m gonna be (500 miles)’ by the Proclaimers (may I add, you were singing at the top of your lungs, lol). So letting you have a go seems like a good move from your mother (again), lol.