Half Term Khao Yai, Day Two - To the Farm 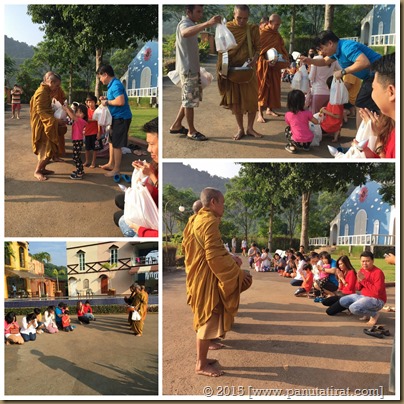 The morning of the second day was fantastic, being in the mountains the temperature was cool, together with the light breeze, one couldn't ask for anything more, it was so nice to be away from the city, not surprisingly Khao Yai is one of the most popular places to get away for the people of Bangkok.

We were up early (well early for a holiday, lol), the evening before the owner of the resort came by and asked if we wanted to ‘Tak Bart’ (offer food to monks in their alms bowl), of course we wanted to, the monks were supposed to be walking by around 7 ish, and we knew you two would be up way, way before that :-) It was great to have the opportunity to offer the food, an extremely nice touch in deed.

Breakfast was a bit of an affair though, lol, because this was a small family run resort, choice of breakfast although great for grownups, but for young children could be a bit challenging (although the Kao-tom was great), but the resort was willing to cook something off the menu :-)

After breakfast was a short walk around the small resort. It must have been around 10 when we headed off back to Chokchai farm, the mission was to join in on one of those organised tour inside the farm, unlike other places, here they were organising the visitors in rounds, each round is 20 minutes apart and can only accommodate 75 people per round. To be honest, foolishly I didn’t expect there would have been that busy... haa haa haa. We got there just a little before 10:30, great I’d thought we could catch the 10:40 round... lol, we were booked on the 11:20 round, lol. At least there was an ice cream parlour near by... Mar was loving it. 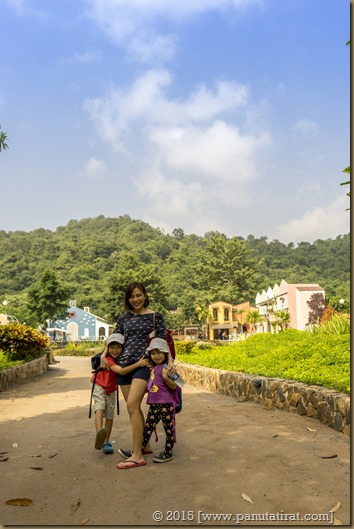 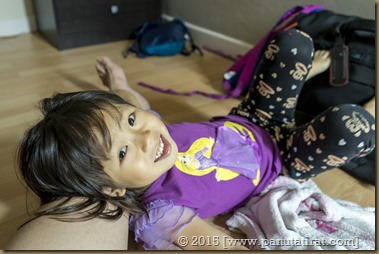 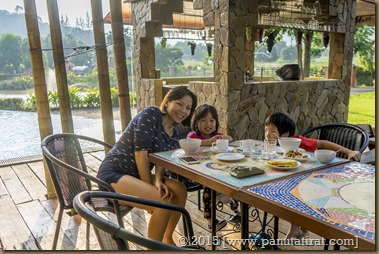 Not going to talk much about the tour inside the farm, there were 3 different stations (we were driven around by a tractor pulling 3 large seated trailers), there was a show (free) at each station, and we were also given time to roam around to enjoy the various (have to pay) activities (before the show starts), a jolly nice way to spend 2 to 3 hours, especially with younger children, not sure if a teenager would enjoy it though. 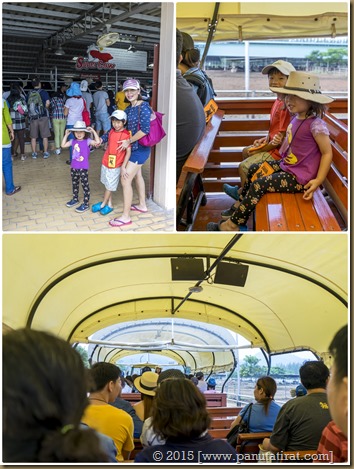 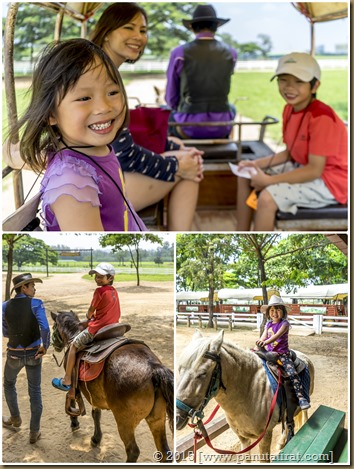 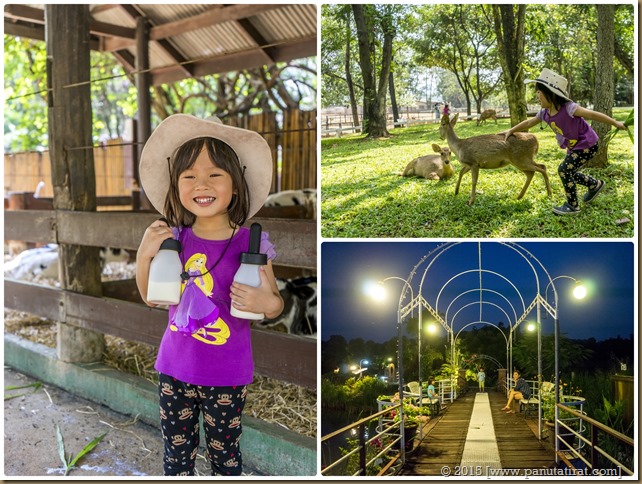 Lunch was taken late, decided to go for a burger, but Mar was having none of it, haa haa haa, so Mar and your mother moved to another place. After lunch we’d decided to head back to the resort instead of going to the Khao Yai National Park. That was the right decision, because your mother and I had to carry you up to bed when we arrived back at the resort, haa haa haa.

Afternoon swim was a bit of a laugh, this time I had to join in too, oh how I love swimming in cold water :-), Supper was nice and uneventful haa haa haa. 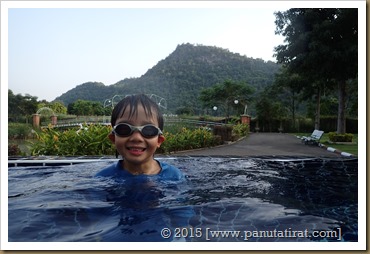 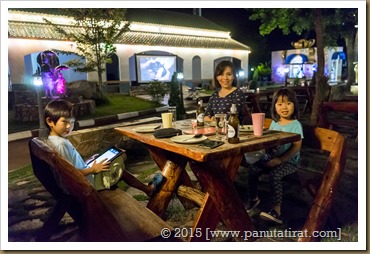