For about a second we were stump on what to do on this 4 days long weekend (Thu. – Sun.), unfortunately your mother couldn’t take leave on Friday, so we were looking at making several one day trips just to get out of BKK. First day we decided to go to Safari World, and I was so glad we went, we’ve been here a couple of times already, but it took our third visit to realised there was so much to do.

Just to warm up, lol, we spent about 20 minutes driving through the open zoo, some animals were in tip top shape, their coat were shiny and were full of energy, but some looked decisively terrible, at least those were in the minority. Hearing you two freaked out when we threatened to open the windows whilst driving through the (huge) tigers enclosure was more fun that I should admit, haa haa haa.

After the drive through (so to speak) we parked and went into the main attraction, there were five or six shows staggered throughout the day, by some miracles we managed to catch the ‘Stunt Show’, Matt loved it but Mar found it to be just a little too loud, lol.

Then came my favourite, feeding the Giraffes... wow, I remembered the last time we were here none of the Giraffes were interested in eating, but this time round they couldn’t get enough, haa haa haa, and there was this one absolute giant of a specimen, it was so large that I was a little apprehensive even to go near it, but Mar didn’t seem to mind one bit, lol. 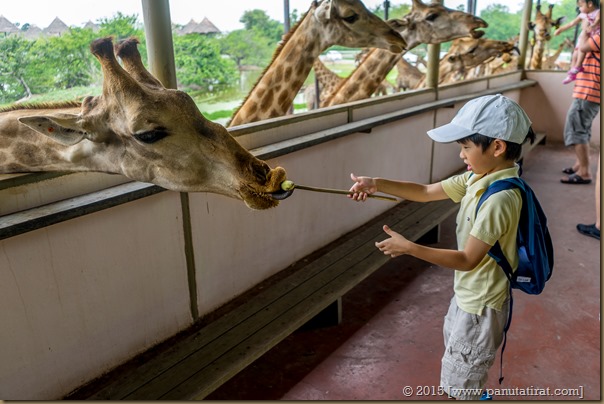 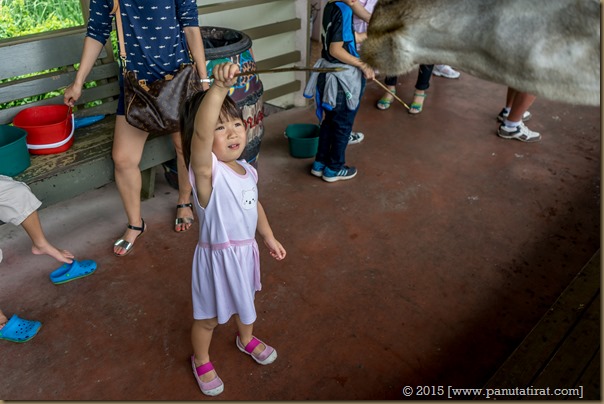 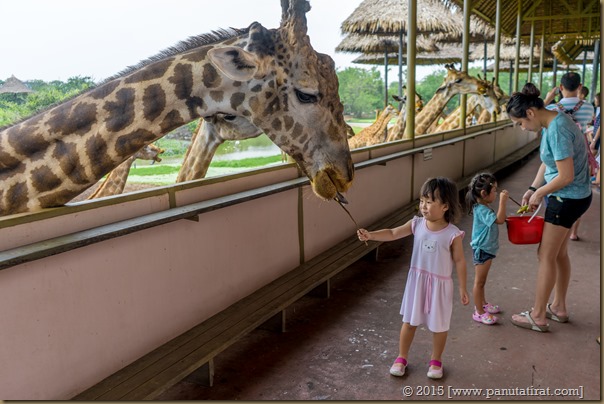 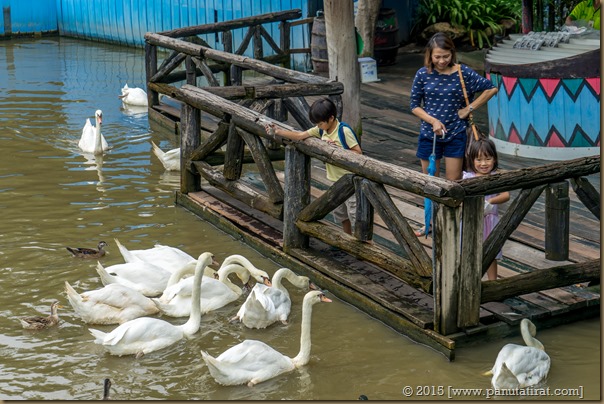 For lunch we had to walk all the way back to near the entrance, the only thing I can say for lunch is, it was a little pricy, haa haa haa. After lunch Matt had his heart set on seeing the ‘Spy Show’, but we had a few minutes to kill and on route we found this huge bird cage full of brilliantly colourful birds. 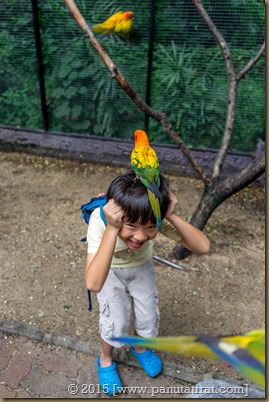 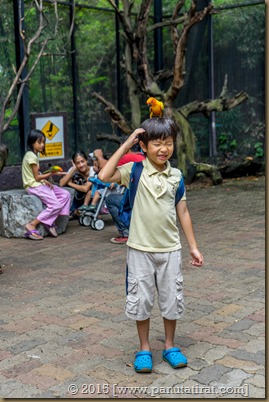 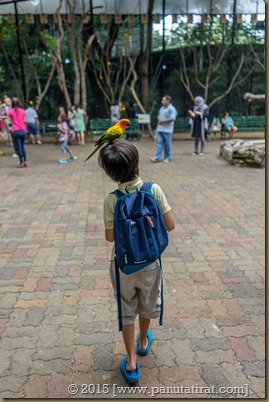 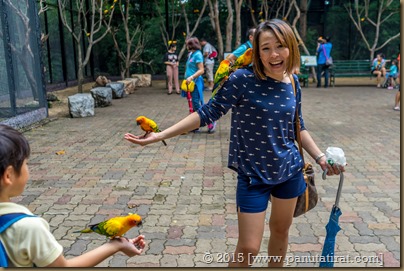 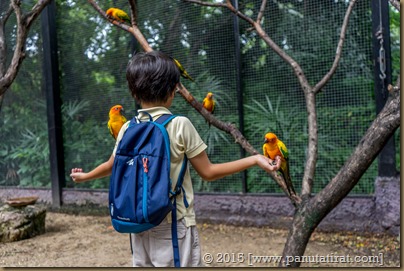 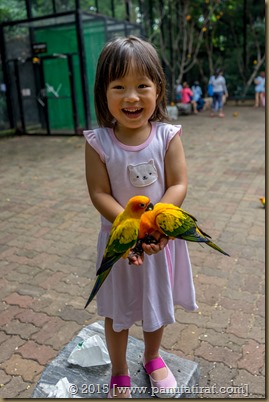 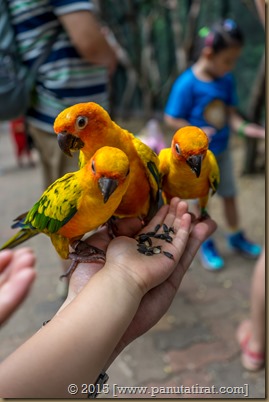 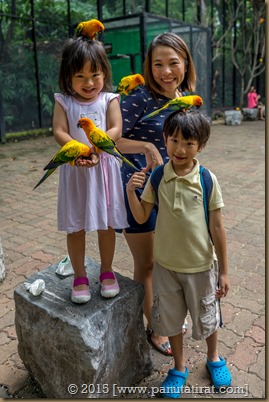 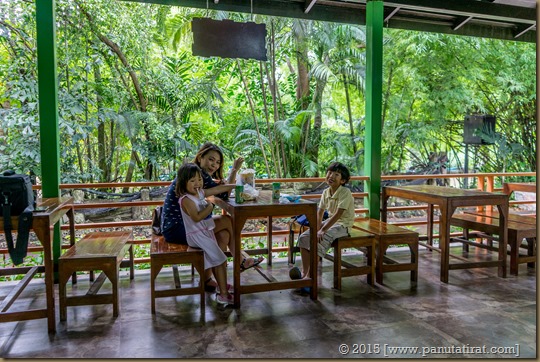 This had turned out to be the highlight of the day, with a few seeds in one’s hand they would come in twos or threes and feed, of course you two were totally besotted... Matt decided to use his head as a feeding station, and at first he totally regretted it, those claws were quite sharp, lol.
We’ve spent so much time with the birds we totally missed out on the ‘Spy Show’, and ended up eating ice-cream instead, haa haa haa, much to Mar’s delight.

Just we were about to leave, Matt found out that the final show of the day was about to start, the ‘Birds Show’, I wasn’t so keen at first, but how could I let you two down, lol. As it turned out it was quite impressive, now I understand why people are so passionate with these winged creatures, haa haa haa haa haa. 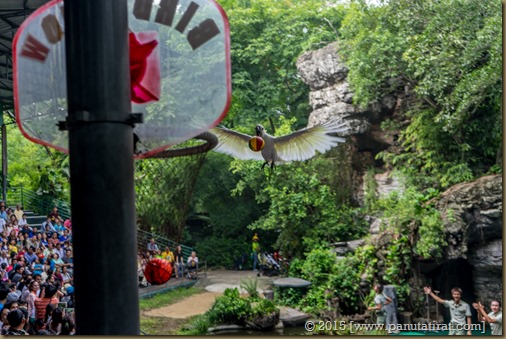 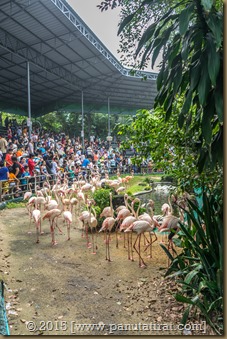 As you mother’s parents lived near by, it was the perfect opportunity to stop by and say hello, then it was the long drive home... What a fun day that was :-)
Email ThisBlogThis!Share to TwitterShare to FacebookShare to Pinterest
by Panu at 21:50
Labels: Day Trip, Family, Family Life, Holiday, Long Weekend, Marcella, Matthias, Panop, Pasuree, Safari World