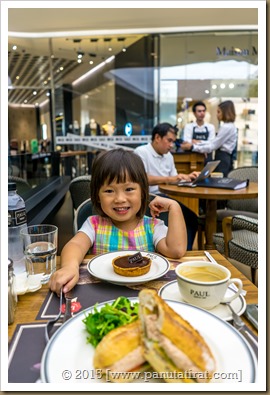 My first weekend alone with Mar couldn’t have gone better, haa haa haa. Saturday morning was pretty much filled with the normal routine, we got up much earlier than usual (very much to my annoyance, lol). So because your mother wasn’t here I had to bundled you up into the small pram and we both headed off to the alleys just behind the apartment, to make merits with the monks and of course to pick up yours fav Chinese rice porridge.

After Brain School, instead of hanging around the house before heading off to lunch, I’d decided to take you to the park to feed the fish, but Mar decided it was more interesting to feed my archenemy, those darn pigeons... haa haa haa, managed to fed a few crows and a turtle as well.

Lunch was taken quick (at Fuji), then we were off to Violin, 30 minutes felt like 5 mins, after which the plan was to be full of fun and adventure... but Mar fell asleep... haa haa haa, so off to home we went and we didn’t leave the apartment again until Sunday, lol.

After Sunday breakfast, Mar was given a choice for the first activity of the day... she could have ‘Chocolate treat at Paul’ or a trip to a ‘Museum’... so there was no surprises to hear that we were soon on the BTS heading towards the Paul Bakery Restaurant... haa haa haa.

I think she was hoping for a chocolate cake, haa haa haa, after Paul we once again hopped onto the BTS and headed towards the National Stadium BTS station, then it was a very short walk to the Bangkok Art and Culture Centre.

The first exhibition we came across was a bit NSFK, haa haa haa, ‘Not Safe for Kids’. “Proximity”, more of a multimedia exhibition, with 3 or 4 projectors dotted around the darkened room (sound came through by the way of a  couple of headphones). Mar was really into it, well, until she came across this head on the floor which was flapping profusely because of the fan sitting close by, haa haa haa haa haa haa, I didn’t go anywhere near it too, haa haa haa. 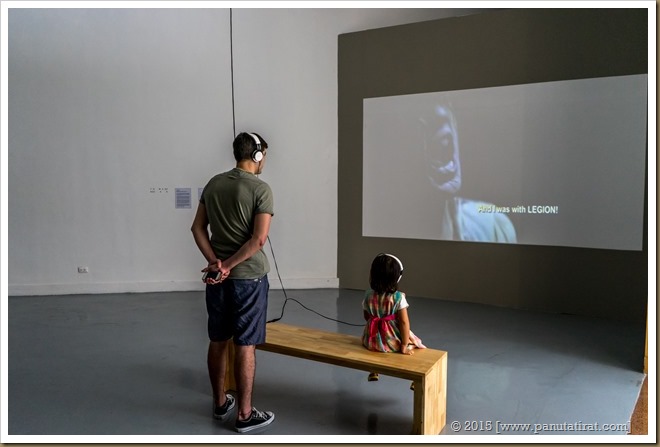 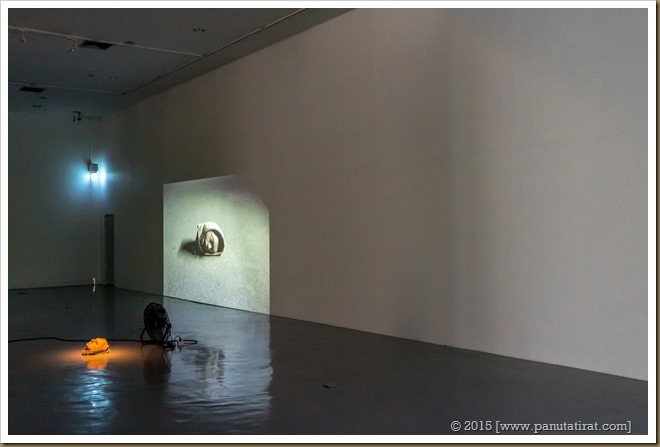 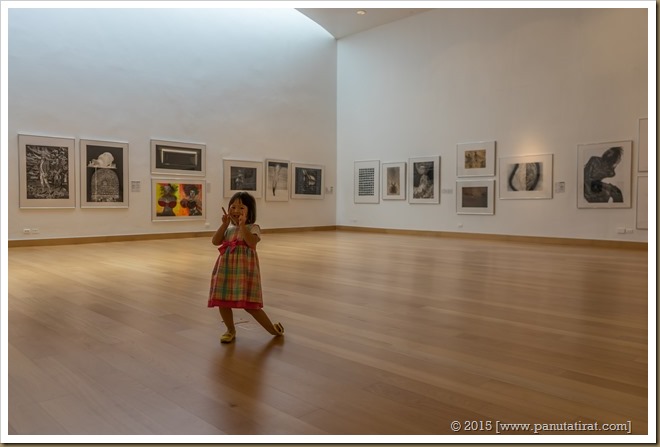 In one of the exhibition Mar found it pretty amusing to see ‘butts’, lol, the rest of the exhibitions were fantastic with a mix of traditional paintings and others, after around almost two hours it was time for our late lunch...

I shouldn’t have given Mar the choice because I was finding myself heading towards MK (again)... It was a mistake to have lunch so late (close to 14:00), because after a few spoonful Mar decided it was time for her nap and promptly dropped her head on to my lap, literally a second later she was off to dreamland, haa haa haa haa haa, the table was full of food and no one to eat it, lol, and as a result I must have had the biggest doggie bag in the whole kingdom, haa haa haa, at least I didn’t need to worry about tonight supper.

During the week we’ve decided to enrolled Mar in a Thai school just behind the apartment, in fact several years ago Matt was also here during his long holiday, but it didn’t quite work out for Matt, perhaps because he was a little older and his Thai was almost non-existence at that time. Mar is doing much better, but she refuses to wear the school uniform (probably not pretty enough, lol).

I was much better prepared for the second weekend alone with Mar, so no late lunch, lol. Saturday was pretty much the same, but, Sunday started with a trip to the temple to make some merits and there are bulls to be fed, lol. 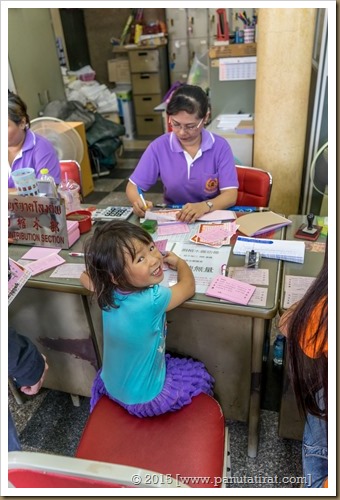 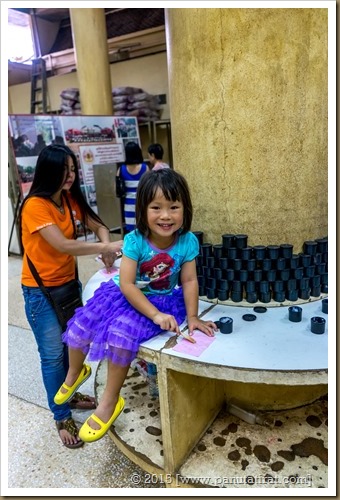 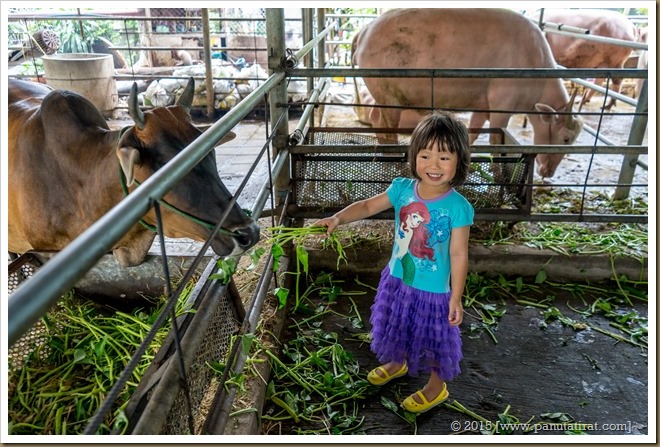 After lunch I was running low on ideas, and your mother wasn’t here to help, haa haa haa. Then I realised that Minions had just come into the cinemas. I’d decided to drive to Esplanade, thinking it would be less busy... it wasn’t, lol.

After a queuing for a long while, finally it was our turn to buy the tickets... money in hands, head full of expectations... then we were told that this showing was dubbed in Thai, haa haa haa. Luckily there was this art place near by and Mar wanted to try it out :-)

Email ThisBlogThis!Share to TwitterShare to FacebookShare to Pinterest
by Panu at 23:16
Labels: A Day with Dad, Alone, Family, Family Life, Marcella, Pasuree