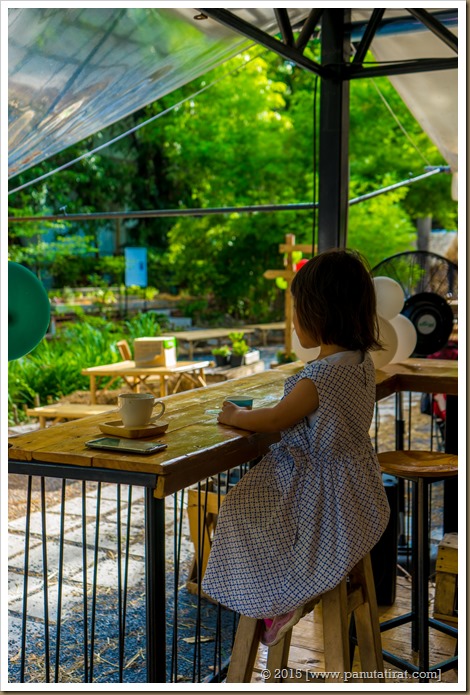 Well today was just a little strange, Saturday was going swimmingly, until we got to the last class of the day. Matt went to his usual Thai class with spring in his steps, but for some unknown reason Mar refuses to join the playdough group. Well there were already signs in the cars driving up to the place.

That was a slight knock to the routine, but fortunately she had also mentioned about feeding some sheep, and we know that just down the road (walking distance) there was this ‘Root Garden’ right in the concrete jungle of Thonglor. We have been here once (briefly) before, and had already been written up in the earlier post.

But this time was slightly different, we actually had some ‘proper’ time to have fun. Matt’s class was for an hour, so Mar had at least that; your mother had decided to make herself more beautiful, so it was just Mar and I trodding along Thonglor to the ‘Root Garden’.

It was quite a great place to hang, the breeze was strong and the sun was in hiding, this combination meant it was enjoyable to be out and about again (rather than being able to fry an egg on the footpath). The coffee shop was fantastic, the prices were ‘too’ reasonable and the taste easily matches all the much ‘hyped’ brands out there, and most importantly they have ice cream… haa haa haa haa haa haa.

So there I was chilling and Mar was off somewhere feeding the goats and watering the plants (with a short ‘ice cream’ break), an hour felt like five minutes, lol. Soon Matt and your mother joined, and we had a discussion that Mar may never want to go back to the playdough class. It was kind of like a Déjà vu, Matt was exactly the same, after a year and a bit he turned around one day and said ‘no thanks’, and that was that for the playdough time.

Turned out to be yet another great Saturday though, lol. 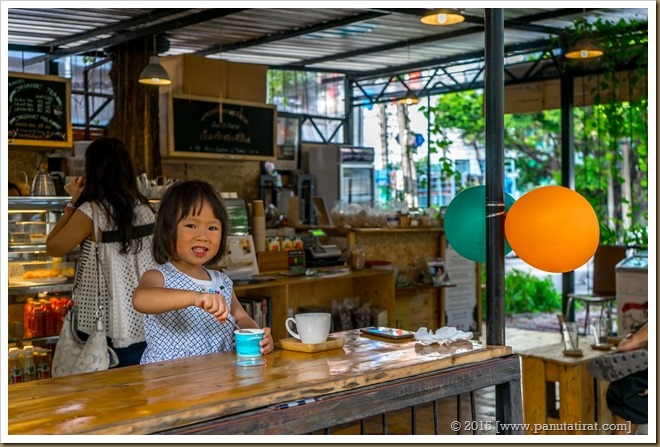 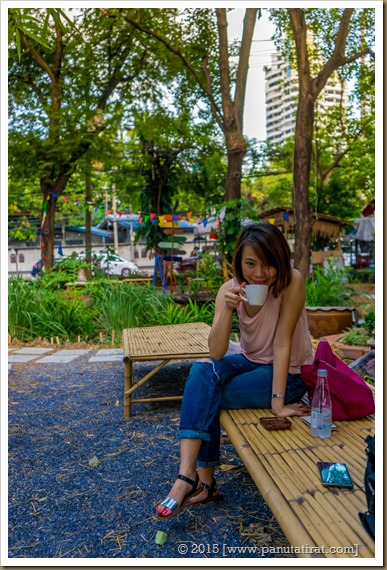 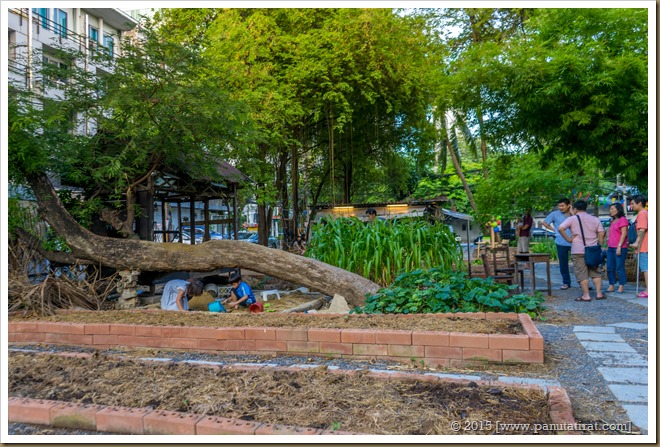 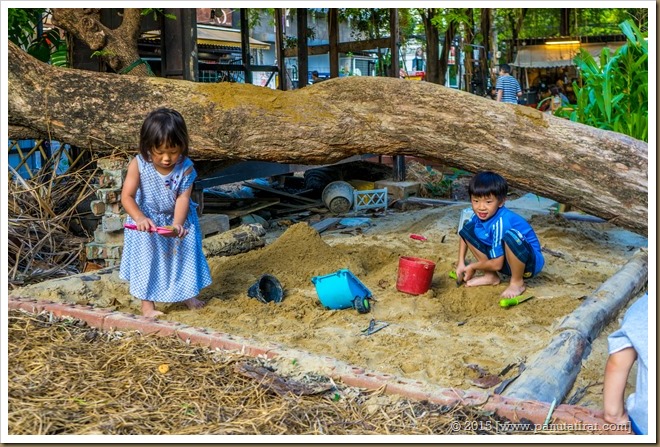