To say I don’t know much about the Sharada Sharada Navaratri Festival would be a hugely overt exaggeration. I am still trying to read up on it now, lol.

The celebration is literally 3 minutes walk away from our apartment, and each year I  am just an admirer from afar, well today Mar was feeling a little under the weather (stomach flu) so tonight she was out as soon as her head touched the soft pillow, and the same goes for Matt (too much running totally worn him out).

Sneaking out felt somewhat like sneaking out from boarding school, but in stead of going down to the pub, it was a Holy Hindu Festival instead and totally much more worthwhile for it too… :-) 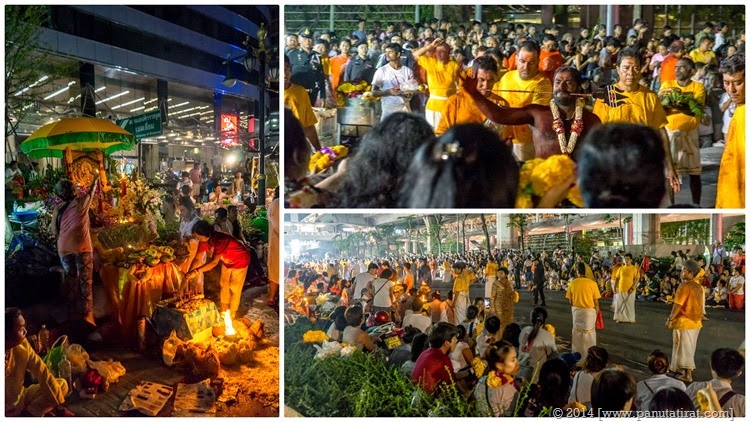 Managed to get a few shots, but I should have been on the road rather than on the footpath… While I was walking to the festival I was a little miffed because some people (with orange vests) were ushering me to get off the overpass bridge… not realising that the festival was about to start and to have someone standing over the procession was not a thing to do, now I know better :-)

The atmosphere was electric, I wished you all were there, I shall definitely put it in my calendar for next year, lol. Actually come to think of it, it is very unlikely that we’ll somehow forgot about this, because as I am typing away I can hear every syllables of every words of the music that is blaring away… lol.