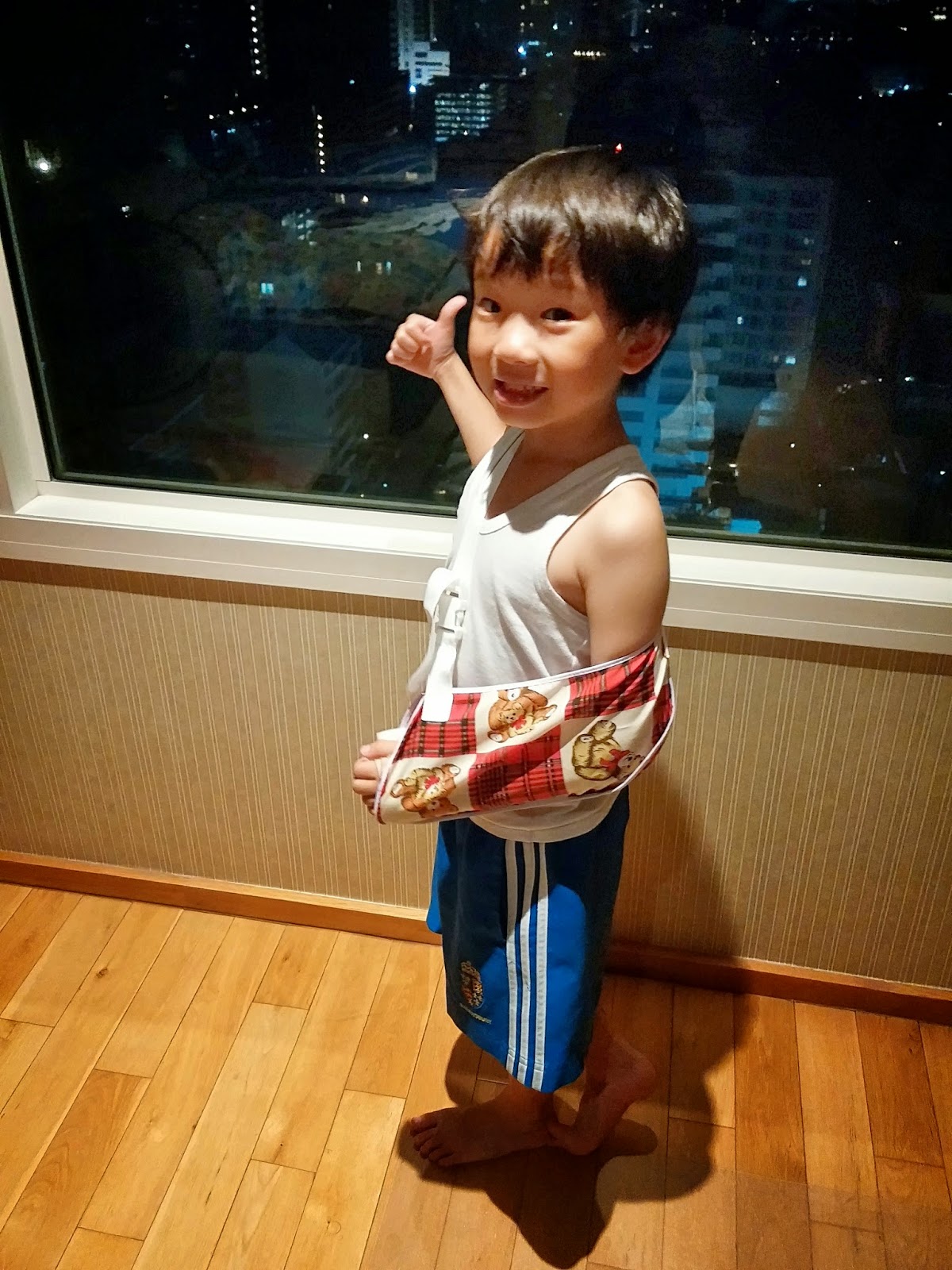 What a rough couple of days we are having, yesterday around lunch time your mother received a call from Matt’s school, Matt had a small accident and his arm was really hurting. So your mother went to pick up Matt and headed to the hospital, a couple of hours later Mar also had her usual appointment at the same hospital too.

Once I got back home Matt’s arm was in a sling and I could see it was really bothering him but he was still his energetic self. The night was quite troublesome, Matt was in some pain and needed extra pain killer to calm down the pain.

This morning, everything was normal, Matt was a bit groggy, but we discovered that Mar was now in pain when she goes for her number one, she was in so much pain that she was screaming and crying.

We saw some red marks in Mar’s nappy, so we assumed that the infection was back, which just killed me inside. The best way to overcome this was to give Mar plenty of water, and that we did. The second time Mar went, she was still in pain but it was slightly better.

On the way to the hospital Mar did her number one again, but this time she was fine, so the doctor said just to keep Mar really hydrated and if she is in pain again we were to come back to the hospital.

Literally an hour ago I received a call from Matt’s school, apparently his temperature was just a little over 38, and that is pretty hot. Your aunt is now on her way to pick up  Matt, and I am trying to clear everything to be home soon.
Email ThisBlogThis!Share to TwitterShare to FacebookShare to Pinterest
by Panu at 12:58
Labels: Accident, Family, Family Life, Hospital, Marcella, Matthias, Panop, Pasuree