It has become very obvious that for the past few days your mother’s trust in my ability has fallen through the floor (to say the least, lol).

Which ‘ability’ am I being questioned? Well, the most important ability of all, my ability to look after you two. Nothing bad actually happened... well not according to me anyway, haa haa haa. Last Saturday your mother was on her company’s field trip, so she had to leave quite early luckily your auntie came to help in the morning (the busiest time).

To keep things simple for me, most of Saturday’s usual itinerary was cancelled, and yet somehow I’d managed to mess up a little, ok, I do admit it... there was a little mishaps.

Ok, so what happened? Everything was going swimmingly, breakfast was prepared early and you two ate well, shower and brushing of teeth went without a single tear, in fact it was full of laughter and smiles, lol. Getting dress was done in half the time, by the time we were ready to leave the house things could not have gone more smoothly. 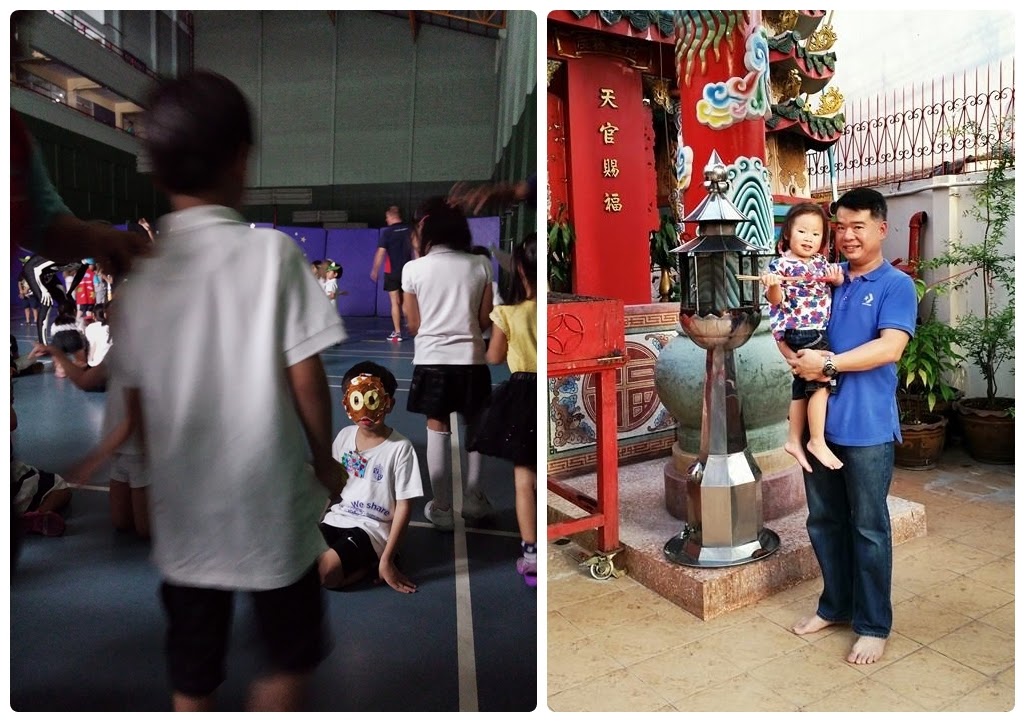 Then the front door was opened (probably by Matt), as usual you two ran out of the door like a couple of greyhounds needing to pee,  and started to play outside, now just to remind you, we live in a Condo, on the 17th floor... I needed to play the donkey, meaning carrying absolutely everything under the sun, so naturally I was the last person to leave the apartment.

There were 3 lifts in all, so I’d asked your auntie to take Matt down to the first floor, while I’d pushed the lift’s button to check the remainder of the lifts, the remaining two were empty, so by now you are either out of the lift (on some floor) or is in the apartment playing hide and seek.

The good thing is that Mar was absolutely terrible at playing hide and seek, I am assuming all kids of 2 and a half are bad at hide and seek. To be fair, Mar was quite good at the seeking part, but when it comes to hiding... wow... as long as she could not see you then she would assume that this is reciprocal, so most of the time by covering up her head with a tea towel she has become the best hidden person in the entire known universe.

So after a quick once around the department, I was sure she was somewhere outside... now the panic level has risen slightly, lol. Just to keep a check on things, I’d then called your auntie only for her to say Mar was now with her on the ground floor... One of the building staff found her in the lift and brought her to the ground floor, lol.

Ok, somehow this small, not very significant event was brought to your mother’s attention... and for some unknown reason that I am still trying to understand, she was/is quite upset with this whole minor event... lol... I promise you two this will not happened again (in truth I’d almost had a heart attack over the whole thing).
Email ThisBlogThis!Share to TwitterShare to FacebookShare to Pinterest
by Panu at 19:58
Labels: Family, Family Life, Marcella, Matthias, Ooops, Panop, Pasuree