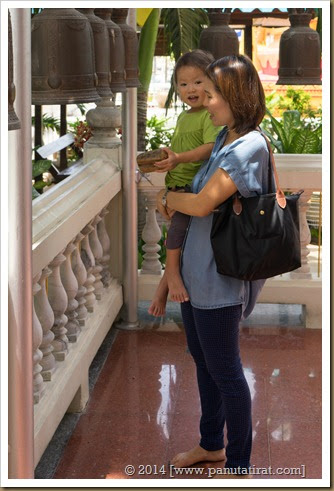 In the past, whenever I am back in Thailand, every Sunday that I am back my parents and I would travel, mostly to visit temples, however since you two have arrived this ritual (no pun intended) has suddenly stopped.

Today (29.06.14) was the first time in a very, very long time that we were together on a trip as a full family (my parents, my Aunt and a cousin), and it was a fantastic day... We were supposed to be on the road by nine, but your grandmother had spent so much time preparing your snacks, haa haa haa, we didn’t move out until almost ten. Oh by the way we were all grateful for all the snacks she had prepared, it was amazing how that much food can disappear so quickly, haa haa haa.

After about an hour drive we were approaching Ayutthaya and our first stop was a small but very well known temple, it is famous because of one of its monk, Lhuang Por Glan, the temple was Phra Yart Ga Ram. It was surprising to me that my father has never visited this temple considering how many million of times he had visited Ayutthaya, and of course I was over the moon that I was able to bring him here today. 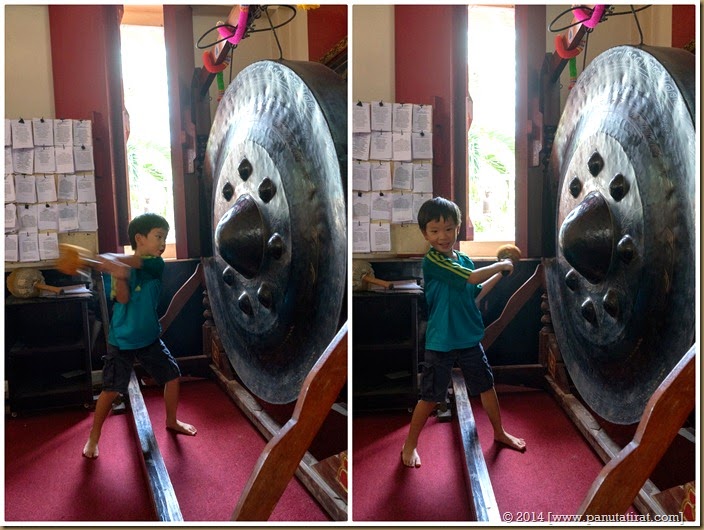 The second stop was quite close by, Wat Phramen was only on the other side of Ayutthaya. Driving across Ayutthaya was literally as bad as driving in Bangkok and on a bad day too, that was surprising to my parents, then we realised it has been almost 7 years (Matt’s age, haa haa haa) since they had visited Ayutthaya, lol.

Wat Phramen is one of my father’s favourite temple, as to my understanding it was one of the only temple that was not burnt down by the Burmese (their old name) when they occupied this old capital city of Siam (old name for Thailand). Apart from all that, the Buddha’s images were quite stunning too. 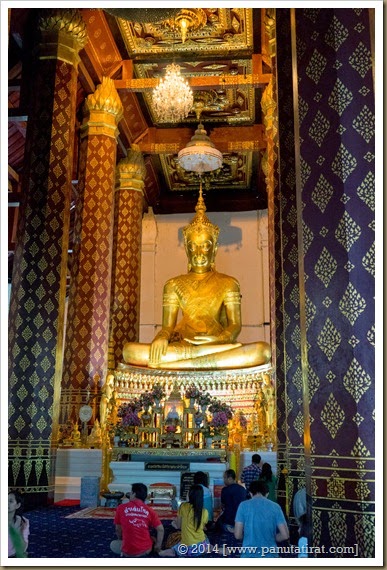 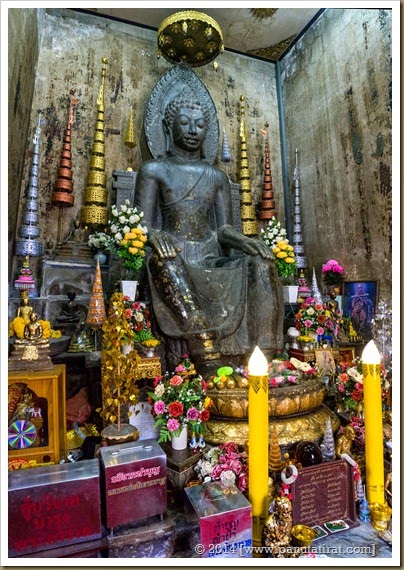 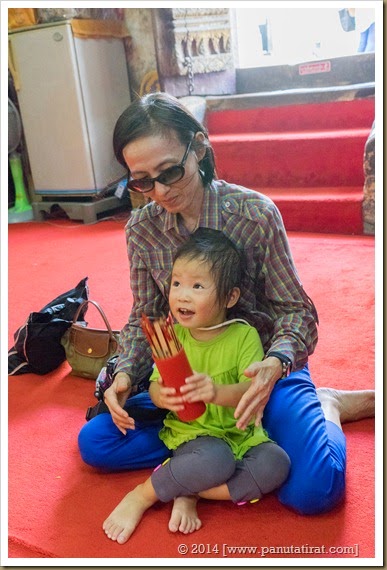 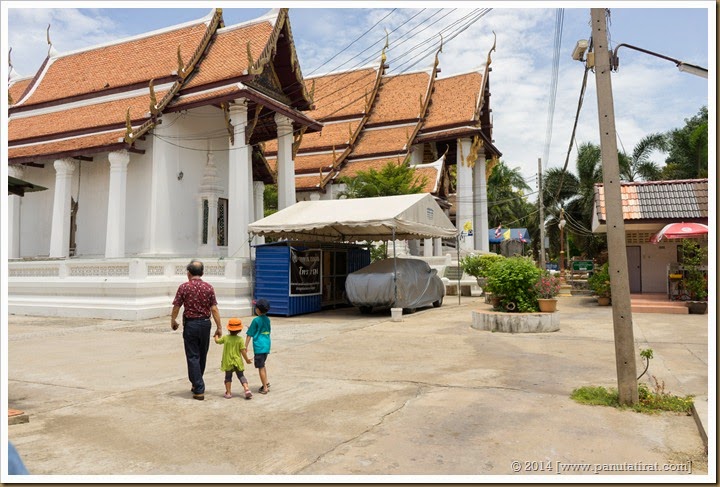 To throw things into the mix, the next stop was a place where your grandmother said we had to stop for the both of you, about 40 Km to the north of Wat Phramen was Bann Hun Lhek (House Robot Metal, a direct translation). I think I was more impressed by the place than you two, to tell you the truth it was quite pretty amazing, making popular art from scrap metal, but for me the most amazing thing were the sculptures that were made from tires... wow... 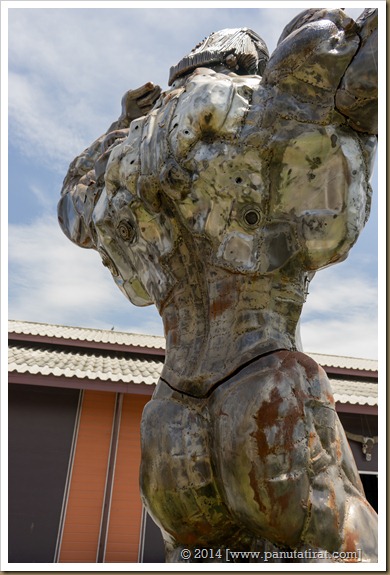 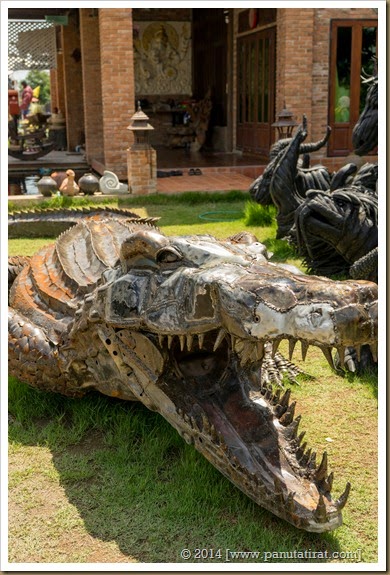 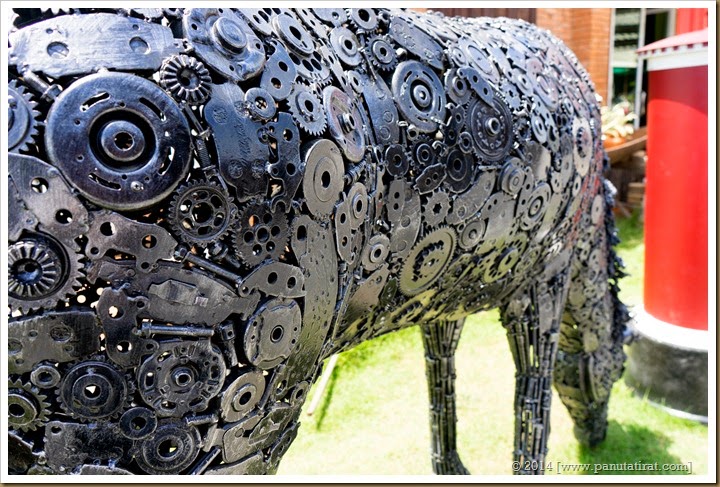 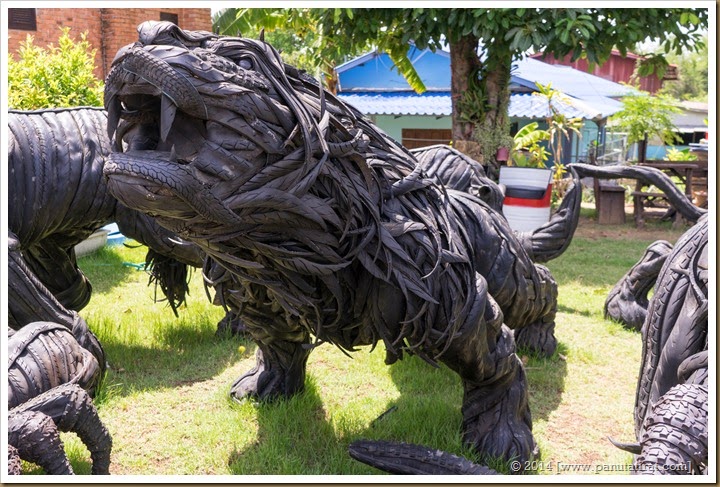 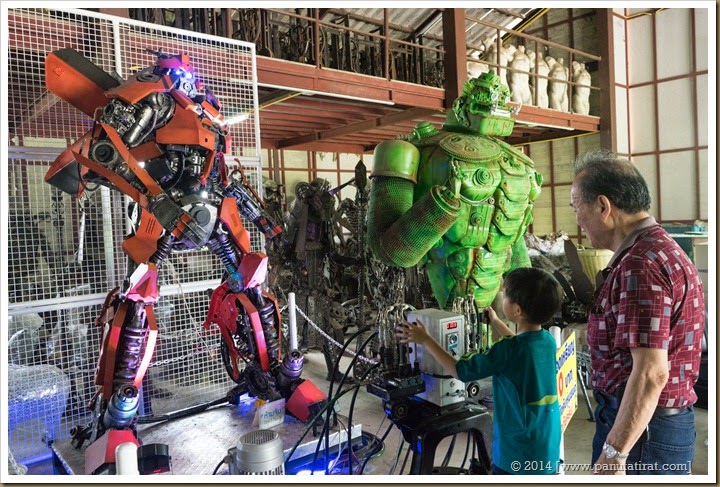 Another 17 Kms further north (by this time we were in Sing Buri province) was where we had a rather late lunch, I think we’ve been coming here since the pangaea was still warm, lol. Let me get this out of the way, your grandmother loves to cook and is quite passionate about food, so it is rarely that she will compliment a restaurant. This one was one of her favourite, that is until today... haa haa haa. To be honest I can not tell a difference between a Chocolate and a Strawberry ice cream (of course this is a slight exaggeration, but I think  you two get the point), so for me, today’s lunch was pretty much the same as the last time we were here. Well not according to my mother, the icing on the cake was the state of their toilet, it was in dire need of renovation the last time we were here, and it was still the same today, actually worse because the last time we were here was about seven years ago... haa haa haa. I’d guess we’ll all  have to look for another place to eat now.

The final stop was Wat Chaiyo Worawihan, in a way this is a mandatory stop, funny enough last night your mother and I was looking at the photo library and found one of Gio (heavily pregnant with Matt) sitting in Wat Chaiyo Worawihan, and that was how we know exactly when we were last here, lol. We never get tired of coming here, one of the most famous monk in Thailand was originally from this area and thus had build this temple.

In seven years, we are glad to see that the temple is now much better organised, better parking better management of the retail areas and so on, and that brought much joy to your grandfather :-) After visiting the three halls we headed back to the car to head home. 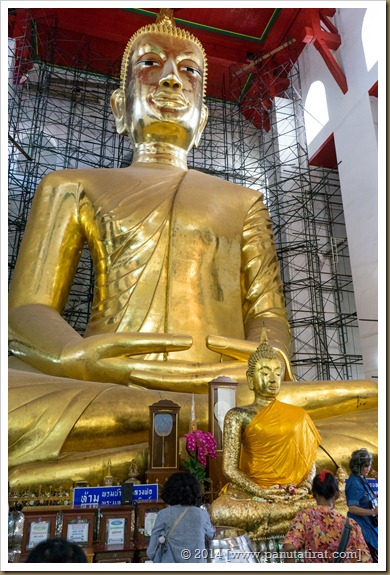 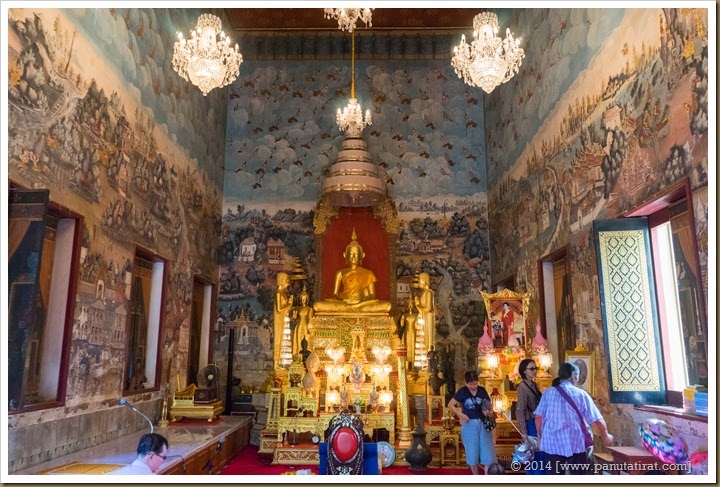 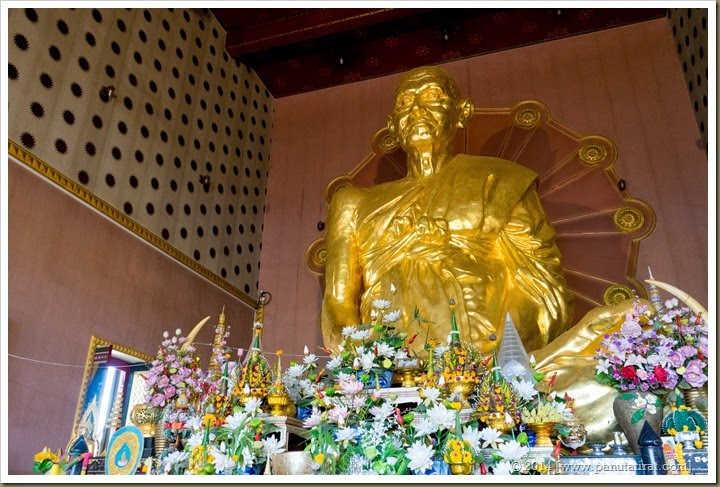 A pretty uneventful drive back, the highlight was probably of me emptying half a cup of black coffee onto my pristine white shirt, and trying to get it off when my mother, aunt and cousin stopped to buy brooms.

We got back to the condo way past seven, and you two were fast asleep... so another dry cleaning night for you... haa haa haa.