The previous Saturday (07.06.14) your mother and her family was invited by your mother’s cousin  to a ‘Tumboon Ban’, a direct translation would be ‘make merits house’, it is a Thai tradition to bless a new house, the ceremony is to have monks to say prays and invite your friends and family to the ceremony. 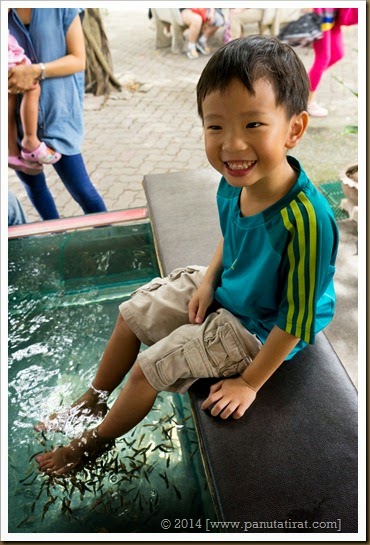 The house is in Sriracha which is in Cholburi province (Pattaya is also in Cholburi province). So the plan was to get up early have breakfast before leaving the house to pick up your mother’s parents then head to Sriracha. Well that was the plan... haa haa haa, we ended up leaving quite late.

It was gone ten before your grandparents were in the car, the traffic wasn’t too bad but the decision to follow G-map was a mistake, we ended up taking a longer route, but in the end we weren’t that late. The house is virtually five minutes away from the Sriracha Tiger Zoo, originally we were supposed to go to the zoo after the ceremony, but we found out that the ceremony was going to take most of the afternoon.

In the end your mother decided to leave her parents at the ceremony so they can catch up with their old friends, while we skip and went to the zoo... haa haa haa, great move.

There are a few places like Sriracha Tiger Zoo, but this place is by far my favourite, the place was clean and very well kept, there were plenty of shows for the children and even more activities for them to do. The first show we went to was a tiger show, which I’d left just as soon it has started, personally I don’t think animals belong in prison we call zoo (unless they are endangered and the zoo is helping to revive its population).

I must say I’d enjoyed feeding the elephant as well as the amazon fish, feeding the baby bottle fish food to Koi fish (Japanese carp) was by far Mar’s and Matt’s favourite. Matt was being more adventurous than usual and asked if he could do the fish foot spa... haa haa haa. I had to joined in too, at first the feeling of hundred of fish nibbling one’s legs and feet was intense... haa haa haa, judging by the grin on his face Matt was absolutely loving it. 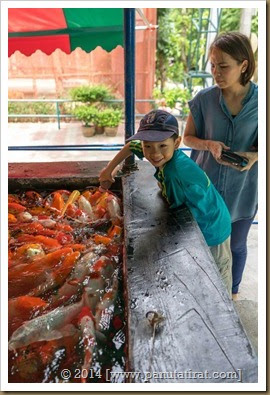 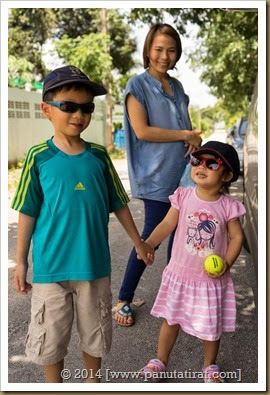 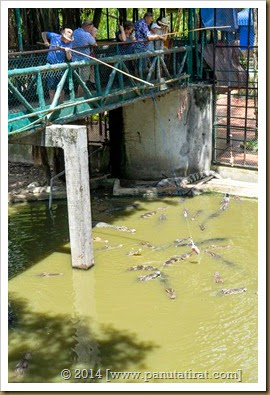 Another fun activity was shooting to release the tiger feed, firstly you have to climb up a couple flight of stairs to a roofed platform, and in front of you about 10 metres above the tigers’ den laid 10 small-ish metal boxes lined up in a row, the horizontal distance between you and the boxes was around 7 metres. In those boxes were (I am guessing) small chunk of meat. There is a round target above each box, so we shoot at the target to release the food onto the waiting tigers. Your auntie Tip and I were absolutely deadly, we shot all of the available boxes and the staff had to refill them... lol. 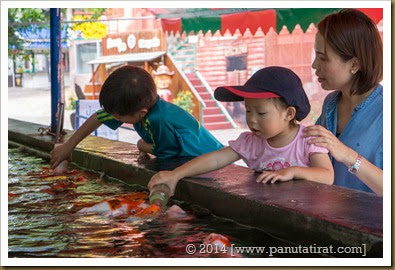 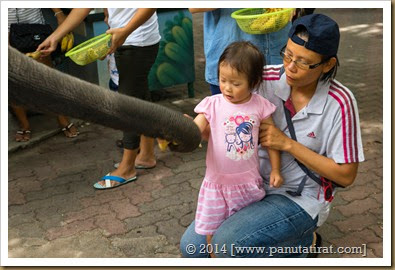 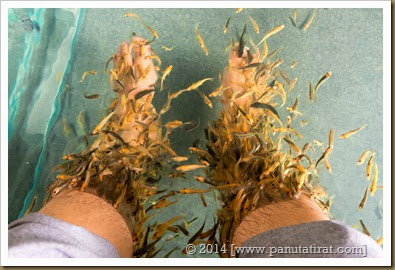 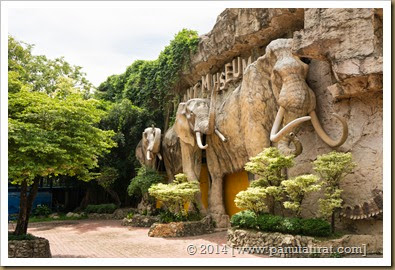 After several more activities it was time to go back to the house and pick up your grandparents to head back home, your mother’s cousin wanted us to stay for the dinner party too, but that was going to start at seven which is way too late for you two.
Email ThisBlogThis!Share to TwitterShare to FacebookShare to Pinterest
by Panu at 21:43
Labels: Family, Family Life, Marcella, Matthias, Panop, Pasuree, Sriracha, Trip