Can’t believe it was already time to go home, our flight was in the late afternoon, so after breakfast we pretty much did what we did on the previous day, headed to the beach. Once again the sky was bright blue, the sun was angry as usual, but luckily there was a strong breeze to keep us all cool. This time I’d decided to keep the camera in the car, best move ever… haa haa haa, as this allowed me to fetch even more bucket of seawater for Mar… haa haa haa. 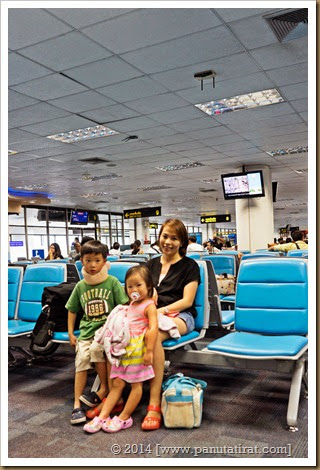 Because your mother managed to arrange for a late checkout, so we weren’t in a hurry, but after almost three hours on the beach my back was looking like an old leather chair, it was time to go back to the hotel and check out.

After checking out we headed for lunch (Japanese) then we plodded towards the airport. the task now was to find the nearest petrol station to fill up the rented car before returning it, after a couple of wrong turn (your mother was not amused, but you two didn’t care) we managed to find one.

The airport was full, so many flights going to all four corners of the world, this time I’d managed to reserve a place by the widows for you two, so the plan was Mar and Gio and Matt and I were paired up, well that was at the beginning of the flight. Not long after the plane had taken off, Mar had somehow managed to negotiate herself to jump from the row behind Matt and I , and seated herself next to Matt, in effect pushing me to the edge of the seat closest to the isle… what a comfortable flight that was, haa haa haa.

I think it was eight by the time we opened our front door, of course both of you were already fast asleep. Your mother and I are already planning the next trip. I am thinking of Rayong, it has some very quiet beaches and some great waterfalls too. 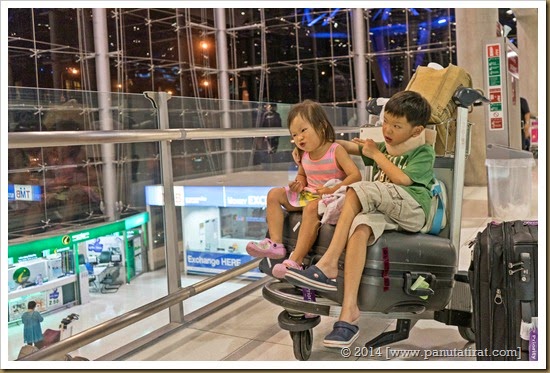