Been wanting to write this one up for a short while, I am starting this on a Sunday and we have just came back from supper with my parents, Matt was pretty much out of it by the time we’d finished, Mar was still full of energy after having slept for over two hours and didn't actually have lunch until about three pm, haa haa haa.

So not surprisingly Matt was enjoying his sweet dreams by around seven-ish and Mar not long after that, so I now have a little time to write this one up, haa haa haa.

Ok, spending the beginning of Songkran in Pattaya was decided literally the night before we went, a couple of ex-BMW Thailand friends (Niti and Nate (now married)), mentioned that they were going down to Pattaya (actually going to the right, lol) to visit uncle Chat (also ex-BMW Thailand) and that Arjarn (Teacher) Somkid (another ex-BMW Thailand) will be there too, how could we not be there? Haa haa haa.

Saturday morning was spent playing video games at Central Rama 3, Matt have been begging to go there three days straight :-), then there was a quick lunch before coming home to pack, it was around 4-ish when our wheels turned eastward towards Pattaya. 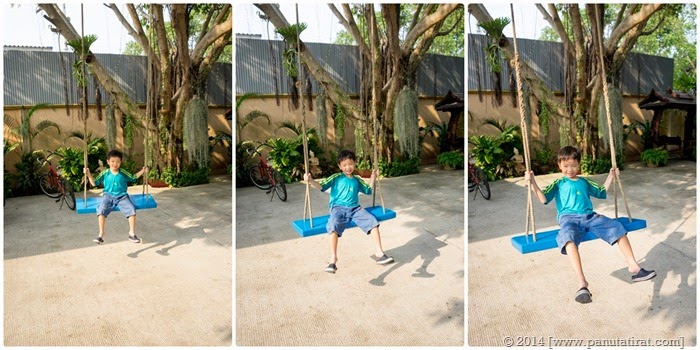 We had a bit of a free time after checking in, judging by all the singing and the jumping I’d guessed you two were absolutely loving the change of scenery, but soon we’d left for supper and a short visit to Uncle Chat’s home. 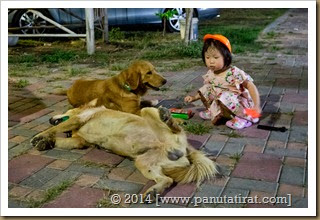 Mar was absolutely besotted with Uncle Chat’s dogs, and literally followed them everywhere. The best part was Mar kept trying to make them read her book, on the other hand, Matt was of course glued to the television, Uncle Chat had put on Wall-E. Uncle Chat’s wife, Larb was super kind enough to have kept an eye on you two (as well as her own two children), so that we could be outside drinking Herbal Juice named Beer… haa haa haa. 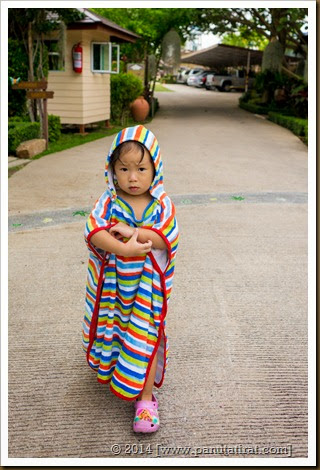 The following morning we started with a light breakfast and a long, long, long swim. Mar didn’t stop diving and waddling for over an hour. Matt was having too much fun being thrown and landing head first into the water. As you can see from the photo, Mar wasn’t too happy when she had to leave the pool, haa haa haa. It wasn't surprising that Mar fell into a deep sleep as soon as her head touches the pillow, haa haa haa.

Matt and I had to leave Mar (still in dreamland) and your mother back at the bungalow, while we headed off to Uncle Chat’s home, because Uncle Niti and Auntie Nate had just arrived. In no time noon was upon us, but Mar was still asleep, and for some unknown reasons the sky was crying over something, so lunch was delay a little, well until the rain let up or Mar wakes up... haa haa haa, fortunately Mar woke up as soon as the rain had stopped.

Lunch was superb, we'd went to one of Uncle Chat's hidden restaurant ("only the local knows this place", but it was usually full of cars with Bangkok's number plate, lol). I didn't think the quality of food mattered much (but it was delicious) as all of our tongues were numb from all the talking, lol.

After lunch we headed back to the bungalow, I was sure that Matt was going to nod off, but he didn't, Mar on the other hand was full of energy, so going back to the room was a bit pointless, soon we were off again, back to Uncle Chat's home once more for the evening BBQ, by that time Arjarn Somkid had arrived.

Arjarn Somkid was literally one of my first boss at BMW Thailand, so there is a long connection there, again the food were delicious but all the tongues were numb once again, lol (the beers didn't help).

Mar was mingling with the dogs, Matt was inside playing with all the toys, so the your mother and I had all the time in the world to catch up with the team :-) Evening turned into night and night turned into early morning, that is for me, you two and your mother went back to the room around nine-ish. I'd driven you back and then took a bicycle back to Uncle Chat's home. 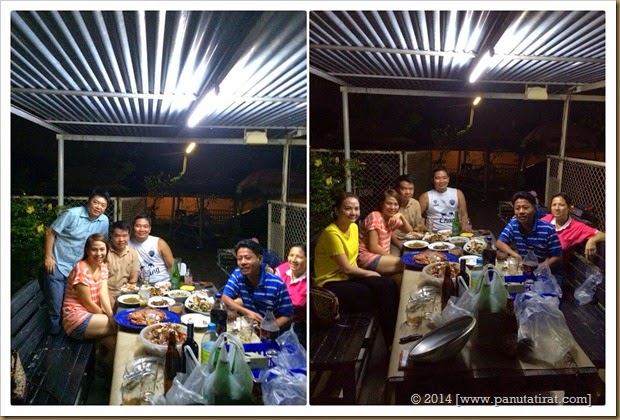 On the final day, it was all pool day... haa haa haa. The drive back to BKK was uneventful, your mother and I now wished we were living in a house rather than in a condo, simply because we wanted a dog for Mar and a larger space for Matt to run around, haa haa haa, going back to live at our house in the out skirt of BKK was out of question, fighting through traffic alone would have killed us, lol.