At least it is moving… 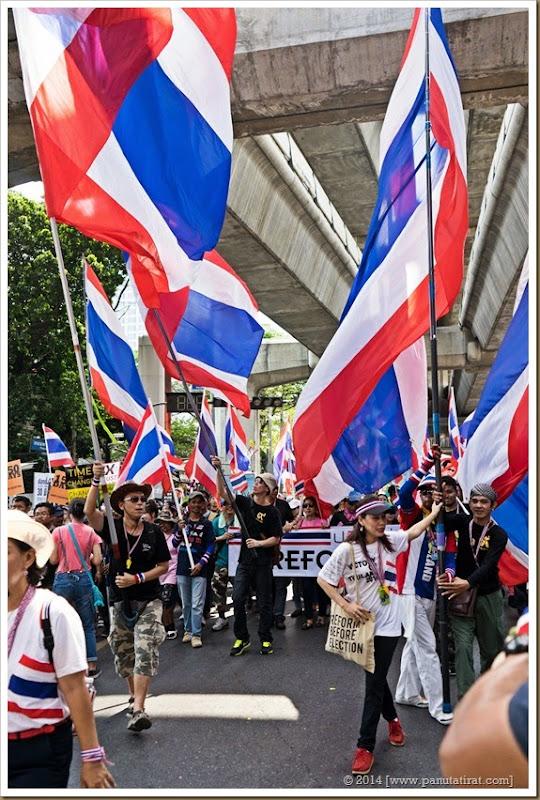 Today the protestors are on the move once again, and it has been a while too.

So there was no surprise that the it felt like the whole of Bangkok had come out today.

Great photo ops, and I wasn’t disappointed. Do I agree that changes are necessary, absolutely I do, but for the life of me I have no idea how to execute the change.

At the end of the day, we must get back to the ‘General Election’, and what is to stop the current administration getting back into the controlling position?

General election has to be fair, but buying vote is rife (on all sides), and it will continue to be a part of the Thai General election for many, many, many years to come, unless there is no demand meaning no one wants to sell their vote (then a blue pig flew over a piece of frozen hell).

It is already illegal to buy votes, so there is no need to introduce this law, perhaps the opposition wants harsher penalty if one was to be caught buying votes… but according to my memory… hardly anyone was caught buying votes… Perhaps I have missed the news, perhaps the protestors had already released on the things they wanted to change, I think time to hit the Google, haa haa haa.

Email ThisBlogThis!Share to TwitterShare to FacebookShare to Pinterest
by Panu at 22:07
Labels: Protestors, Thailand/BKK