It has now been about 5 days into the year of the Horse, and the end of the year of the Snake couldn’t have come sooner. The final month was a bit of a ‘holy cra#’ type of a month, the following are not in chronological order, but it all pretty much happened in a month (or so). 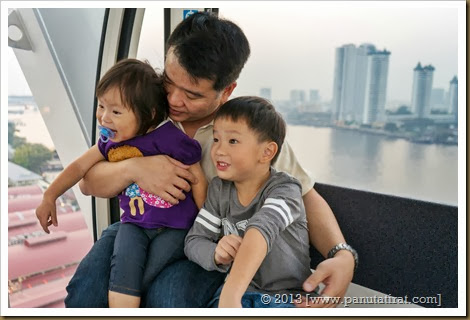 The final month in the year of the Snake felt like I was at the end of Tyson’s infamous ‘left, right, left, right, uppercut, hook and good night’ haa haa haa. Mar’s kidney stone started the ball rolling, then your grand mother (Gio’s mother) went into hospital for a knee replacement (she is still there now and should be leaving in a few days). On a smaller note, I was conned by a Thai logistic carrier (arse$%#%).

My father then fell down 12 flight of stairs… and had two huge bumps on either side of his forehead, and only my mother would describe them as beelzebub’s horns. I was surprised that he wasn’t seriously hurt, at one year shy of 70, I was at least expecting something to be broken, please don’t get me wrong, I could not have been more happy that it was nothing more than superficial bruises.

By the way I am going to be as stubborn of a father as my father is to me, just a warning… haa haa haa. Your grandfather refuses to go to the doctor for a full check up, right now his right side is the colour of an eggplant, and I am not exaggerating.

Mar’s examination still continues, today she went through yet another test, urinal track test and according to your mother that was really harrowing, the nurses told your mother to leave the room, and all she could hear were cries and screams… then it was followed by an x-ray, now for x-ray to be effective, one needs to remain totally still… and do you think our marvelous Mar would stay still?

Anyway I am just glad things are moving forward, the important thing is, your grandmother is feeling better after her knee operation, Mar’s infection is still giving the doctors a headache, but at least it wasn’t her kidney nor the kidney’s stones, your grandfather’s bumps has virtually gone… but, but, but my bag (arse$%#%) is still somewhere in America… well, you can’t win them all.
Email ThisBlogThis!Share to TwitterShare to FacebookShare to Pinterest
by Panu at 23:39
Labels: Accidents, Annoying, Family, Family Life, Marcella, Matthias, New Year, Panop, Pasuree, Random, Unforseenable