As usual we didn’t plan for anything special for the New Year, preferring to stay in BKK and enjoy the capital with less people around. Then on the 29th, Mar was crying in spats and that was very unusual, at first we’d thought it was just gaseous stomach, but that wasn’t it and by late morning it was obvious that she was in pain. 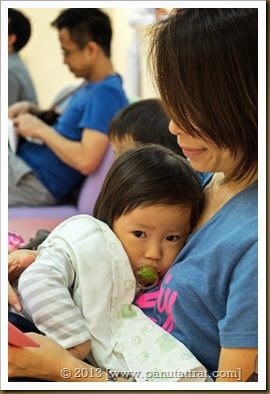 The pattern was a simple one, every time Mar goes for a number one, she would cry in pain, that of course put our overnight plan to Kanjanaburi out of the window :) Instead we headed to the hospital (29th), we ended up seeing a couple of doctors, the first one wanted to wait and collect her number one and would not prescribed any antibiotics just yet, but I couldn’t stand seeing Mar in pain, so your mother went back and asked for the antibiotics.

Collecting the number one was proving to be much more difficult than I could have imagined, and more worryingly as soon as we have returned home, Mar’s temperature shot up and she was becoming totally subdued, that confirmed to me that she was suffering from an infection.

The first antibiotic looks and has consistency of nothing short of a white emulsion paint, so Mar was having none of it. Gio and I had to literally forced her to take it, and that was the experience we don’t want to go through again, nothing short of torture for all of us.

The following morning (30th) we mixed the horrible antibiotic with some orange juice and Mar took it with no problem, and with a group effort (mostly your mother’s), we did manage to collect enough number one to return to the hospital, this time we saw one of Mar’s usual doctor, and I felt much more comfortable with her. The result of the number one test confirmed that you were suffering from an infection. Luckily the doctor had decided to prescribed a new antibiotic, which should be easier to take (and it was).

For the remaining of the day Mar was totally out of it, it was so difficult to see her like that, and naturally we took it easy for the rest of the day. Even with temp. medicine, Mar’s temp was still high but manageable, I think the highest she go to was just a tad over 39c.

The antibiotic did its job, by the next morning Mar was smiling and her temp. was almost normal. To make up for the boring ‘yesterday’, we went for a quick brunch, then headed straight to the Science Museum (instead of Gio’s parents). 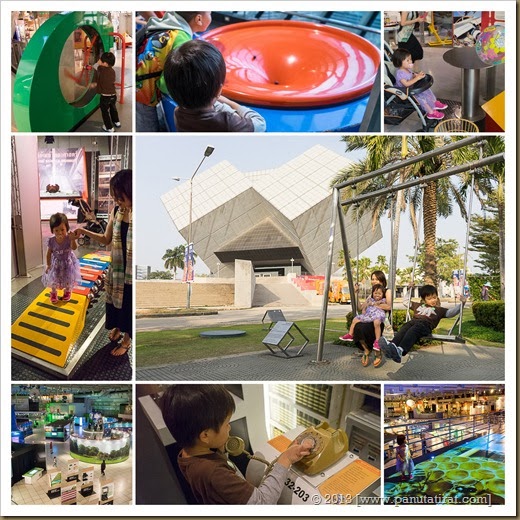 The Science Museum was much, much better than I’d expected, it was clean, modern and very interesting. Full of little hand on experiments for kids (and their dads, haa haa haa, I was having far too much fun). For the first ten minutes or so I was determined to explain to you the ‘science’ behind each experiment, like I said that had only lasted ten minutes (and to me that was pretty good), it was obvious you weren’t having fun with me trying to explain everything... So it was time to let a five year old and his little sister roam around...

There were three buildings to go through, and they were all pretty good... for the natural science they even had live snake roaming the floor :) At first I’d thought it was going to be difficult to fill the two hours planned for the afternoon, but as it turned out, 2 hours was no where near enough, having rushed through the ‘Technology’ building was a bit of a shame, Matt was a bit miffed but we promised to come back, soon.

That night I had to leave the house around eleven pm, to pick up my parents and other family members whom were travelling back from HK, so by the time I’d got back it was already 2014, you two and your mother was fast asleep... haa haa haa, what a memorable New Year... :)