Why are you here, Galaxy NX :) 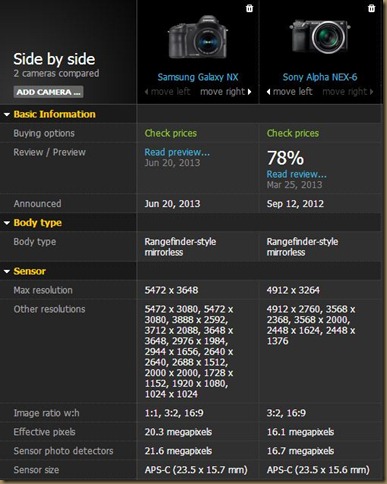 Galaxy NX, why did you show up, it had taken me a millennia to finally stop waving and know which would be my next camera, actually to be very frank it had always been the Nikon D4 but that was without the consideration of having to sell my first-born to get it.

Once one had added the monetary aspects into the equation, the choices were still plentiful. Canon was the first to go (as always), the rounds between Nikon and Sony were pretty close, my current system is the 'ancient' NEX 5, so the referees were openly biased toward Sony, especially the NEX.

The A99 had me hooked for a long while, what a beautiful gal she is... alas just a tad too much. A77 aka ‘The Pixel Muncher’ meant I’ll be buying hard disk as a full time job and the same goes for NEX 7. At the end, NEX 6 finally came through the finishing line first :) but I am still pining for NEX 7’s ergonomics though (so many lovely buttons and dials) lol.

Then yesterday, out of nowhere, out pop the Galaxy NX... still waiting for some in depth hands on review but on paper it looks so interesting, in its essence it is a high quality APS-C camera with Samsung Galaxy S4 morphed into it, abide no phone though :) My main concern is the speed of autofocus, if it passes then the deciding factor will be the price.

One last thing though, you can put in a micro sim to add connectivity to the camera, and I know this is a ridiculous thought, but why can’t they just add in the phone module? I can not see myself purchasing another sim just for this camera, no matter how ridiculous it looks but I would have no problem making calls with the camera, considering that I make about 3 calls a year anyway.

(The above side by side comparison came from www.dpreview.com, click on the pic to go direct to the comparison)