Back to the Hills :)

Last Sunday your mother was invited by her focolare group to the yearly family picnic in Khao Yai area, so we all got up really early on the Sunday, your auntie Tip came to help, and by some miracle we were out on the road by nine... ish....

Of course Matt and Marcella have already had their breakfast but not us, so the first petrol station stop was more than welcome for your mother and I, the petrol was not needed, but coffee and sandwiches were like treasures. 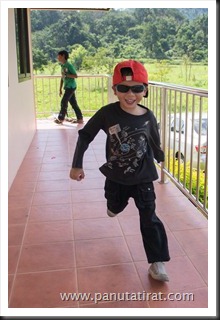 We got to the event just in time, we decided to set our HQ in one of the building where there some kids already playing... One of the kid was not so kind and started to pick on Matt by kept throwing Matt’s hat from the balcony. After picking his hat up for the second time I decided to ask nicely to the child, who couldn’t have been more than 7 or 8 to stop throwing the hat... I was surprised by his reply... “F^&% you”. It took more than a second for my brain to register exactly what that child had said, especially in an event where cardinal of the Catholic church was giving Mass not more than ten metres away.

With that child being so young all I could say was, “where are your parents?”, some of the older kids who were there did have a go at the child for using such language, with no answer coming from him and after some irksome silence moment I decided to let it go.

Khao Yai was well known for great weather, but not today, the sun must have been angry at something, because the heat was unbearable. Mass was over by around noon, your mother went off to receive her communion while the rest of us stood off just to the side, by the way holding 2 children while trying to take photo was harder than I had first anticipated :)
We decided not to have lunch here, Matt, Marcella and myself were physically melting, lol, so as soon as your mother had said hello to all her friends, all of us took off to the restaurant not too far from the event. 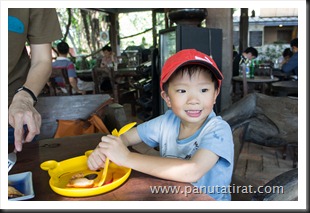 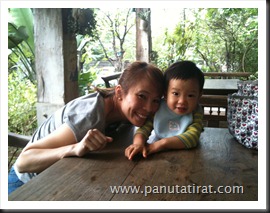 As usual, lunch was a colourful event, Marcella ate like a whirlwind whilst Matt was the champion in the making for a slow eating event. Once Marcella was done, remaining in her seat was the last thing she was going to do :) 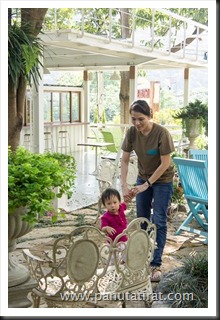 So she was off walking and wandering around, but being only one walking wasn’t her greatest asset, her greatest asset would be ‘falling’, haa haa haa, so your mother and I would take turn just like a wrestling match.

One to stay with Matt and get totally frustrated because a turtle could have been born and died of natural courses (after leading a very full and meaningful life) while Matt would still be chewing his tiny spoonful of ‘whatever’ :) and the other one of us would have been off with Marcella, and get totally worn out, following her around up and down the stairs for the millionth time, or picking her up and putting her down twenty times every second, even the Hulk wouldn’t think twice about giving up.

After lunch we were off to the Khao Yai’s National Park, of course as soon as we set off after lunch you two fell asleep, I was as sleepy as one of the seven Dwarfs, and my driving was putting your mother on the edge of her seat, so it wasn’t surprising that she was over the moon once we have reached our destination. We have a photo of Matt at the exact the same location, trying to walk over the bridge... We were there for about an hour before we had to set off home, as it turned out it wasn’t a bad way to spend a Sunday no matter how tiring it was :)

The left photo was taken back 22.11.09, while the remaining two was taken this past Sunday, then you needed your mother’s hand to cross the bridge, now you run ahead without a care in the world :) 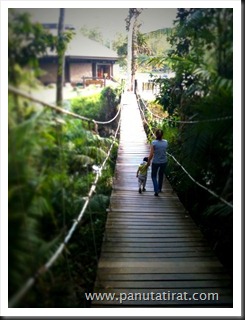 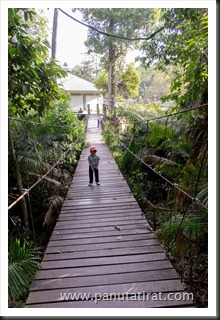 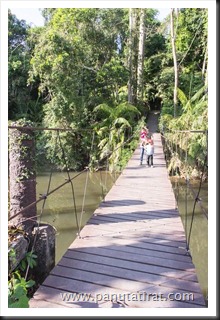 Couldn’t hear what you two were talking about, but it must have been something fun judging by the smile on your faces. 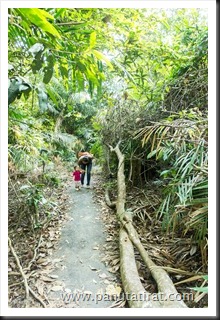 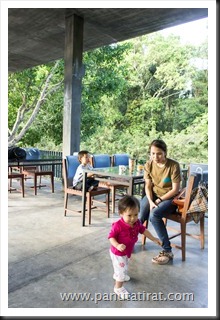 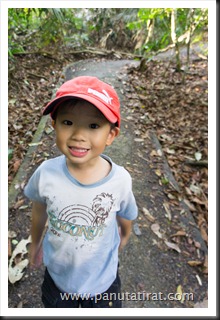