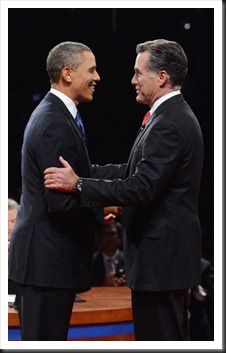 I am not sure how the global political scene will change when you two turn eighteen (eligible to vote), but right now, USA, China, Germany, Russia, and still to a certain extent Japan seem to be running the show. I am guessing that the list won’t change much, perhaps India will have a bigger part to play.

At the end of the day I see it as this, ‘Politics’ is ‘Business’ and ‘Business’ is ‘Politics’, whether one is clean or not, the health of the businesses (economy) certainly has a big chunk in driving who will be in power (Politics) and once in power one uses Politics to drive more businesses for one’s friends country to enable one to remain in power (Politics), and hopefully along the way actually do something useful for the people who had elected them in the first place.

Politics, Entertainment, Economy, even religion of the USA, somehow get into all nooks and crannies and affect all societies around the world , so you two shouldn’t be surprise that the attention right now is on yesterday’s US General Election (06.11.2012).

I am not too familiar with the US political system, but the magic number is 270 electoral votes, as of this very second Obama is at 238 and Romney is at 191, there are some battleground states still to come in. To me how these two potential Presidents will change the world once in power is still unclear, but with the current situation in the US is still not so hot Economy wise (the Business) I am guessing this is where one of these two will focus their attention.

Oh, Obama just won it... lets the media circus begins. It will be like eating cold turkey three weeks after Christmas... you are sick of it but you’ll still eat it anyway :)