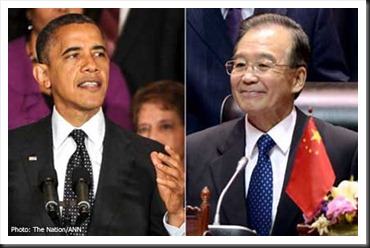 Have we discovered oil in Thailand?

So the President of the United States, the freshly re-elected Mr. Obama is coming to Thailand on the 18th - 19th of this month, and China’s Premier Wen Jiabao will virtually be treading on Mr. Obama’s shadow as he arrives on 20th - 21th. First thought in my mind was “Have we discovered oil in Thailand?”, even if we did, with our government’s track records of managing things (prime examples being Suvarnabhumi airport, 3G concession, Bangkok Futsal Arena), it will be another century before black gold get to come out from the ground and just as quick disappeared into someone’s back pocket. 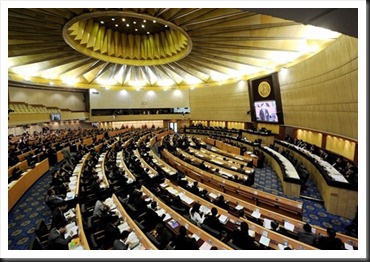 The forever long running Soap Opera, with its glorious cast, starring our Ex-Prime Minister Mr. Thaksin Shinawatra (in exile), his sister (Ms. Yingluck, our current Prime Minister ), their ‘Red Shirt’ army, the opposition party (led by The Democratic Party), Mr. Abhisit Vejjajiva, his gang  of Yellow Shirts (although he would say they are not his gang) and others world class actors (oh, just kidding, they are not really actors but serious politicians who only have the well being of the people in their heart).

Anyway, the Soap Opera is still raging, the government is now trying to remove Mr. Abhisit Vejjajiva from the army (taking away his rank) just when he was going to lead an attack at the incumbent government, through the ever entertaining ‘Motion of No Confidence’ (a vote of censure). So now the anti-Government group will now gather (somewhere), probably close to the Parliament. 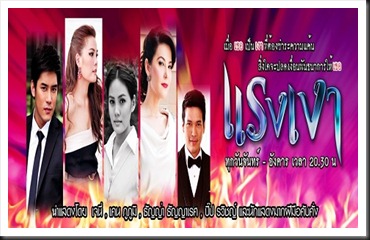 Who cares about the real world Soap Opera, right now I would say about half of our population are glued to the TV of the ‘Rang Ngaw’ short soap opera. It seems to be everywhere, Facebook, Twitter, Instagram even in Pinterest... it’s in the news, it’s on every talk show, well just about the only place it isn’t on is on my TV... :)