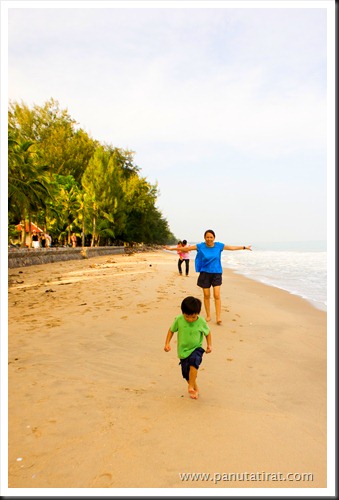 As this was Matt’s half term break, and we couldn’t keep him in BKK again this time, although Matt had asked us several time to go to Pattaya but we couldn’t face it again in such a short period of time, luckily the hotel with the great water park was also fully booked :)

We decided to head South instead of East, another famous area is Huahin but we wanted to try something new, so we stop short of Hua Hin and headed for Cha Am instead (only 30 odd Kms before Hua Hin).

I think this was my first time staying in Cha Am, and I was not disappointed, not as developed as the ‘grand’ Hua Hin, but still developed enough not to be too boring while at the same time keeping its charm of being a typical Thai seaside town, anyway Matt didn’t care as long as it has a great pool, he was as happy as a monkey with a three foot banana.

The hotel (Grand Pacific Sovereign Cha Am) was better than I had expected, it was awfully clean and very well kept, the rooms we had were large and comfortable. With you kids being there your mother decided to take the rooms right next to the pool (another great choice). 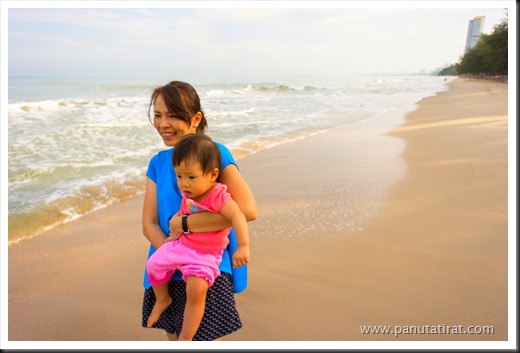 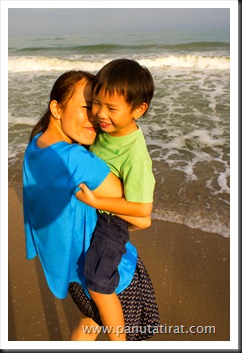 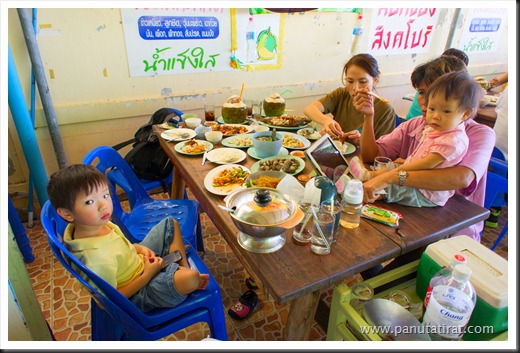 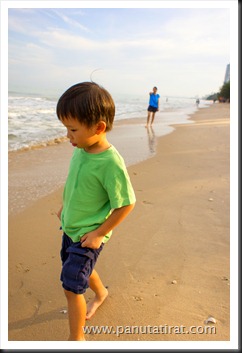 There were plenty of nice restaurants there, relying on the wonderful world of Internet, one evening your mother had her heart set on this ‘Phoom’ restaurant and it wasn’t far from the hotel. After driving for a while we were sure we had driven passed it (not a good sign).

So out came the GPS, as was expected we had to do a u turn and after “You have arrive at your destination, on your right”, I was still at a loss, because what I was looking at was a pile of half demolished building, but next to it was a small road with another sign, ‘Parking for Phoom here’. Aha, the restaurant must be down this road... 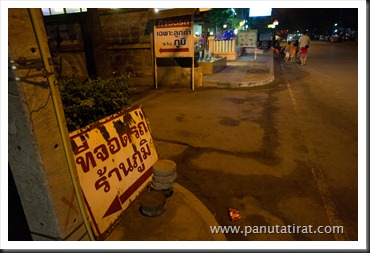 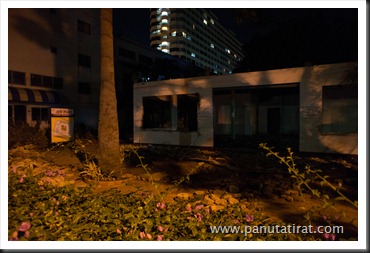 Errrm, no it wasn’t, as soon as we’ve turned into the small road it was very apparent that it was nothing down there except for a Freddie Krueger or two, for it was literally pitch black, one would expect a couple of candles if there was a restaurant. After a quick look left and right, I spotted another sign, “Phoom Restaurant”, right next to the pile of rubbles :) Haa haa haa, your mother and I laughed so loud and we decided to eat next door instead, which turned out to be quite good. 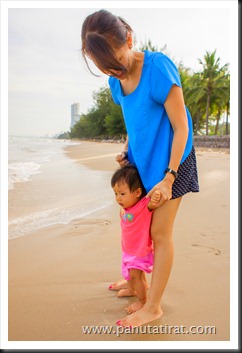 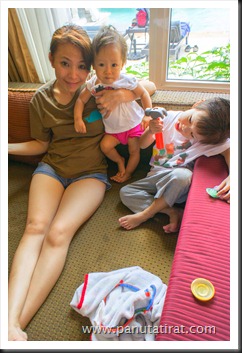 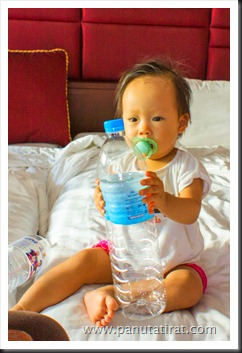 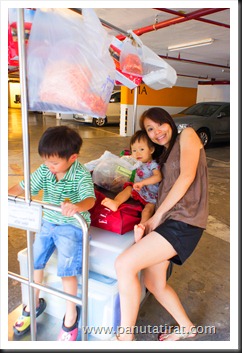 Because we were close to Hua Hin, we did pop in one afternoon for lunch, surprising it took only about 20 minutes to get there, and another 20 minutes to get through the traffic :) At the end we thought it was a great idea to stay in Cha Am instead of Hua Hin, and we shall definitely come back here again.

For the three days there, Matt spent his entire time in water (pool, sea, bath and shower), Marcella spent her entire time on medicine :) ooohhhh, I am exaggerating just a little, it was another fun time for all of us, even Marcella who for the second time had a quick walk on the beach and dipped her toes in the sea :) from a couple of her expressions, I am guessing that she loved the sea but hated the sand... there is a science experiment in there somewhere :)