I was over the moon to have been told that your Gymboree class have been moved to Sunday instead of it being during the weekdays, simply means I have a chance to take loads of photographs of you crawling around. 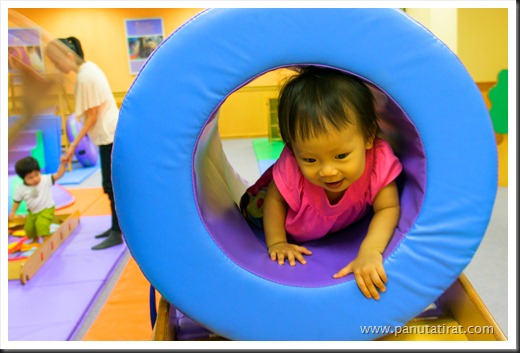 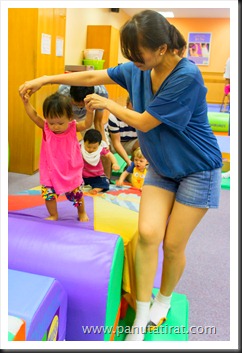 So this past Sunday was the first one I’d attended, Matt was also there, and it was a real challenge telling him not to run around your class. The lady in charge was a tough cookie, and she made it clear that Matt was supposed to stay outside, but she will allow it this time :) 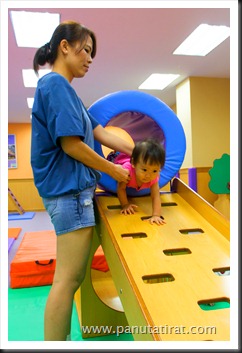 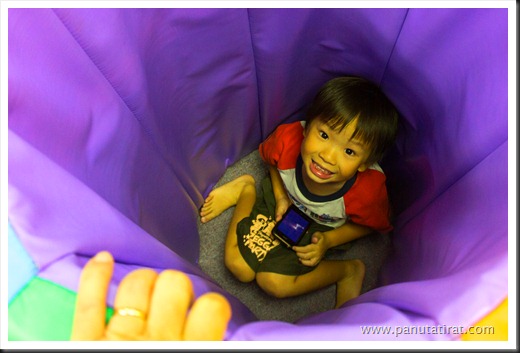 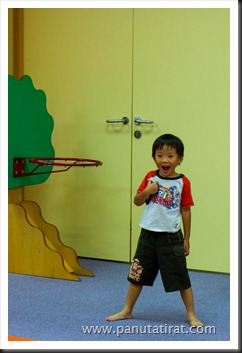 Nonetheless, you seemed to have a great time when compared to the Little Gym you have been attending. In Little Gym class you would be crying from the very second entering the gym and wouldn’t stop crying until we’d left the place, haa haa haa.

The sign is showing that you will probably be crawling just like your brother did, on your hands and feet, rather than hands and knees :) it will be the second Spiderman we have in our family :)

I may have gone overboard with the photos this time, almost maxed out the 8GB card, even shooting raw meant way too many photos to go through in one sitting :) but at least I have them now :) it will be interesting to compare your and Matt’s photos in Gymboree classes :)