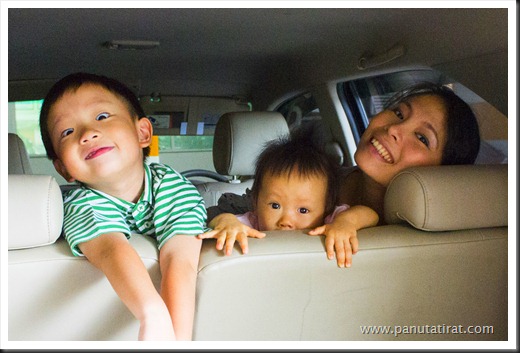 You are almost eleven months now, and during this past week the same old feeling of anxiety came flooding back. Your mother and I still remember the sleepless nights we had when Matt's temperature shot up at your age.

It all started last Sunday, we had lunch with my parents at the outskirts of the city, the weather was typical of a monsoon afternoon, a combination of overcast sky and cool breeze made it perfect for a pint of something alcoholic :) unfortunately all had was water.

Half way through lunch the cloud decided it was time to share some its burdens with us mortals. Of course as soon the rain poured down, instantaneously guests at the restaurant must have had the sentence "Do you think the flood will come again this year?" embedded somewhere in their conversations, and to be honest the sign doesn't look too good.

That Sunday night your temperature shot up to thirty eight plus, must have been the spray from the rain, the same old feeling kicked in like a mule on steroids. Must admit the panicky feeling was being balanced with experience that you'll probably be ok, so we gave you the usual med and waited until Monday morning.

Monday night, picking you up was like picking up a hot water bottle, we could see in your eyes you were not yourself. The Doc. prescribed the usual antibiotic and Tylenol. I'd believed that would be the end of it, the antibiotic usually worked like magic. But not this time, Monday through Thursday you were quickly returning to normal, but on Thursday evening you went back into a slump.

That late evening we were just like the F1 pit crew, the usual course of action ran like clockwork, the wiped down, the meds, the water, the patch on the head and so on, but nothing was bringing down the temperature.

After a few hours, at around two AM your mother called the hospital to check if there was a room available, then she called your Auntie Tip to come and help as one of us had to stay with Matt. By that time your temperature was touching mid 38 as your last round of meds were wearing off. So I’ve decided not to give you the same Tylenol, instead dove into the fridge to find another temp. med and decided to give you that one instead (it’s safe according to the guideline).

Half an hour later, your temperature began to drop and you felt back to sleep. After much debate we all decided not to go to the hospital at this time, and will wait until the following morning...

We were ever so worried throughout the week, but by the weekend you were almost back to your usual self :)