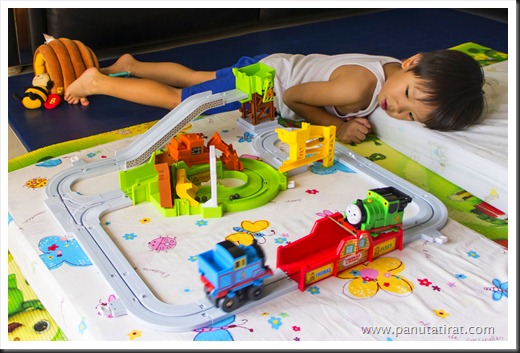 For the past couple of weeks there was an out break of HFMD (Hand Foot Mouth Disease), but I didn't think anything of it. Until a few days ago, a picture of our good friend’s daughter was posted on FB, her feet were full of small bumps a sure sign of HFMD.

On Friday (which happened to be the 13th) the school called your mother because your temperature was up, around 38.2. I didn't think it was anything serious, but I'd ended being by your side all through the night and gave you medicine at about one am, at that time your temp was around 38, so it was a tad better.

Nothing had improved on the Saturday morning, but at least you were your cheerful self, so lazily we decided to visit your local hospital. Within five minutes the Dr. said that you may have HFMD, wow, and we were told there was nothing we can do than just to keep an eye on your temperature, and let you ride out this storm.

I was not convinced that you have HFMD, or otherwise you have been really lucky because since you were home, your temperature hadn’t gone above 38.

It was a bit of an up and down sort of a night (Saturday), in the early evening your temperature were back to normal, then just when we were about to leave for supper, your temperature shot right back up. But on the following morning, you were as right as rain, so my original hunch was correct, it was a not HFMD :) after all.