Jumping from a whale :)

We decided to take a short break once again (just changed job so it was a break before starting new :)), and because Matt has been wanting to go back to Pattaya since forever, so that was where we found ourselves over the past weekend. Our hotel of choice (purely because of the water park) have always been Centara Grand, but the family room was fully booked, and once again your mother found a very good alternative, Holiday Inn (they do promote themselves as a ‘family’ hotel). 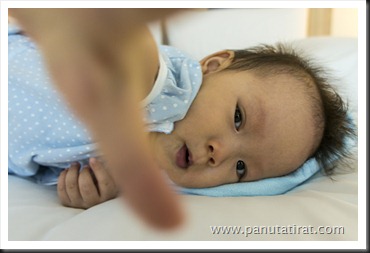 Friday was Matt’s last day of term, as the check in time was two in the afternoon, we decided to let him attend the school giving him the opportunity to say goodbye to all his friends before picking him up and head straight East, the timing was very convenient for all of us. It was rare to have me and Gio picking him up together from school, that in the way made him felt very special :) 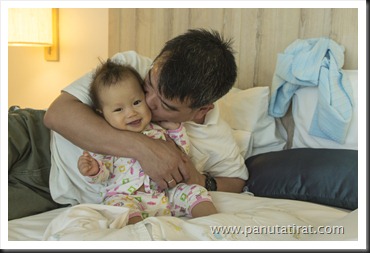 Everything pretty much ran like clockwork, we got to the hotel just a little after two and the room was ready for us to immediately check in :) Matt felt in love with the room, which were essentially two rooms, one for the kids and one for the parents, there was a nice touch with the playstation and the whale beds :) 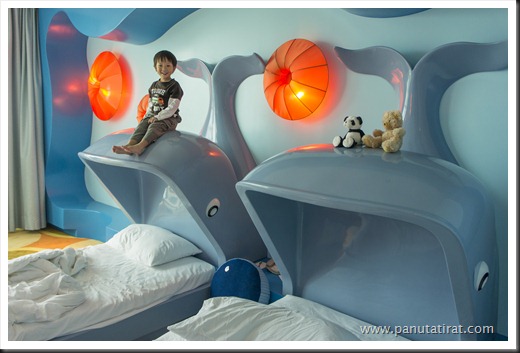 Jumping from the head of the whale onto the bed was a challenge Matt was more than willing to take :) Unfortunately, Marcella was a bit under the weather, suffering her first ever cold, the nose was runny but there was no temperature (lucky), so we decided to keep her out of the hot sun as much as we could.

Jumping into the pool was always the highlight for Matt, the wind was picking up so it was a tad cold (for me) but Matt didn’t waste anytime. The kid’s swimming pool was a good size with one J shaped slide, but nothing compared to the water park at Centara Grand. It is still amazing how much a four year old can have with just the one slide :)

Marcella was not getting better, just the opposite, her temperature was now up so Pui had to stay behind with her in the hotel while the three of us took a walk to Central. Well, the intention was to walk but ten minutes later we were still a long way off and it was a collective decision to jump on a ‘song taew’ (a direct translation is ‘two rows’) a modified pick up truck to carry people on ‘two rows’ of seats. 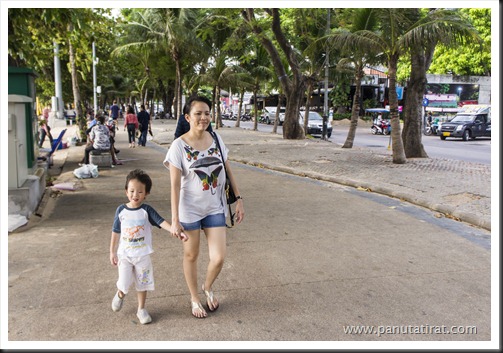 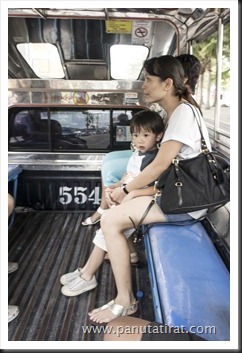 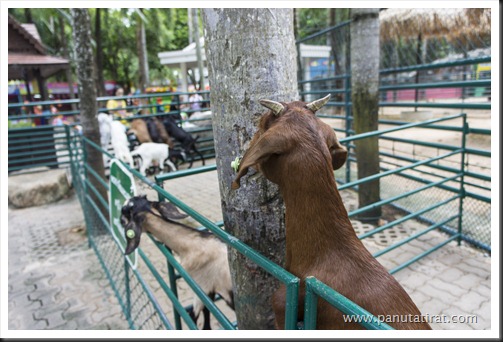 The morning of the second day, we were struggling on what to do, Gio again came with the answer, and in no time we were driving towards Suan Nong-Nuch, for me it is kind of hard to describe what it is, part zoo and part garden. The highlight must be the elephant ride and the various plants from around the world. We had fun feeding string beans to the goats and deer, but Matt shied away from the elephant ride so all of us decided to get on the bus/tram to see the garden. By around noon the sun was getting far too hot for the both of you, so we decided to head back into the town for lunch and then another swimming time for Matt.

On the final day the wind was too strong and the weather was a bit chilly for a swim, so after breakfast we decided just to pack up and travel home, making our usual stop at the famous Nong-mon market (more food shopping), and by four we were all snuggled in our living room. The break was a bit short but we all needed it :) especially your super mum :)