And then there were none… 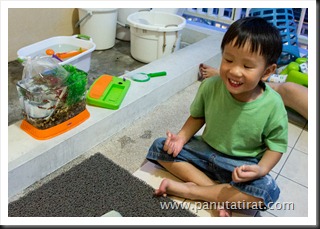 Your big present this year for your BD was a small fish tank, of course we were hoping you would learn the virtue of responsibility, patience, caring, dedication and understanding of life beyond mammals and birds, and again that could all be totally bull%$#&, we just wanted to have fun feeding them.

On the following day (6th) you and I  headed to this small fish shop not too far from where we live, I already had a list of all the things needed for the fishes to thrive let alone live :) The shopping list was extensive, small filter, Air pump, small stones, fish food, brushes, fake plants for cover and so on, of course knowing full well that it was impossible to fit it all into your small tank :) 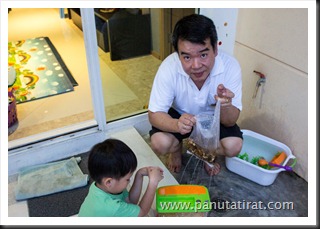 Decided to get 10 Guppies (5 reds and 5 blues), I must give you credit here because you only wanted 5. As usual I think I had more fun than you did (but your were certainly more excited, and you were there with me, shoulder to shoulder, all through out the preparation process :) )

Well, everything went by the book, and at the end the fishes were as happy as it could be, that was until you decided to feed to fish. Let say you fed them ‘whale sized’ portion, so I had to change the water again, but this time, perhaps I didn’t do it by the book that much :)

Anyway, after all the excitement we all headed to bed. I woke up early the next morning and found one of the fish about a metre outside the tank. I wanted to call Sherlock Holmes for there could be no one else who could solve this mystery! Just to make sure I’d  decided to count the fish, and 10 – 1 definitely doesn’t equals 8! (unless you are a Politician). So where was the other fish? It was no where to be found, that was until I went outside, found the poor soul next to the drain where we were preparing the tank in the first place. 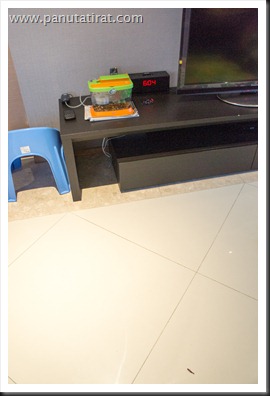 Hypothesis after hypothesis flew like a typhoon between your mother and I, even after the storm we still weren’t sure of anything anymore, I was just glad we still have 8 fishes left, but that wasn’t for long.

Each day I would receive the fish report via BB Chat from your mother, and after reading each message my handkerchief was out to wipe away my tears. No need to explain this further, let say five days after the fish went into the tank, there were none left. The worst thing is, I think it was my fault, after the second change of water I didn’t let the fish climatise (or should the word be ‘watermise’?) to the new water before hand.

Are we going to get back on the horse (so to speak), well, not anytime soon. But if we were, we are going to get a bigger tank :)